Things to do in Catania, IT

Amphitheatre Roman amphitheatre in Catania Right on the Piazza Stesicoro, along the Via Etnea between the University and the Via Bellini are the remains of the Roman Amphitheatre (Anfiteatro) of Catania. 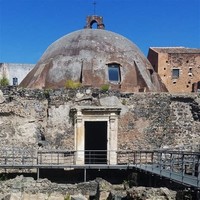 The Basilica della Collegiata (also known as Santa Maria dell'Elemosina) is a church in Catania, Sicily, southern Italy. Finished in 1768, it is an example of Sicilian Baroque. The church was built in the early 18th century, after the earthquake of 1693 that had destroyed most of the city.

Discover The Butterfly House Monteserra Butterfly House, the first in southern Italy, is a tropical green house where hundreds of butterflies, the world most beautiful ones, fly around visitors. You can observe them at close range among a lush vegetation and discover their life cycle.

The Castello Normanno ("Norman Castle"), or alternatively the Castello di Aci ("Castle of Aci"; Sicilian: Casteddu di Iaci), is a castle located in Aci Castello in the Province of Catania in Sicily. The castle is situated on a rocky outcrop jutting out into the sea.

Castello Ursino (Sicilian: Casteddu Ursinu, lit. 'Bear Castle'), also known as Castello Svevo di Catania, is a castle in Catania, Sicily, southern Italy. It was built in the 13th century as a royal castle of the Kingdom of Sicily, and is mostly known for its role in the Sicilian Vespers, when it became the seat of the Sicilian Parliament.

The Church of Sant'Agata al Carcere was built exactly at the place where the holy Agatha, the patron saint of the city of Catania, was detained before their martyrdom. 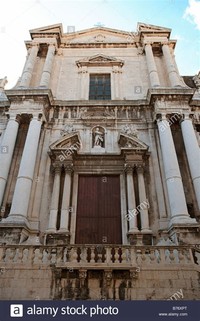 St. Benedict’s Church. It’s located at the beginning of via Crociferi, the Saint Benedict’s Church is an example of late baroque architecture in Catania. It was rebuilt immediately after the earthquake in 1693 with the S. Benedict’s arch, that was erected in 1704.

The Cyclopean Isles, noted for their rows of basaltic columns piled one above another, lie not far from Mount Etna off the eastern coast of Sicily in the Mediterranean Sea.

For the lovers of diving, the Cyclops Marine Protected area has produced nine official itineraries. At the centre of the marina stands the imposing Lachea Isle, an islet of only seven hectares, which, thanks to the red lizards with red spots in its neck, the endemic Podarcis sicula ciclopica, it has become an integral Natural Reserve in 1998.

Taking centre stage on Catania's showpiece Piazze del Duomo is the city's most memorable monument, the smiling Fontana dell'Elefante (Fountain of the Elephant; 1736). Made of lava stone and dating from the Roman period, the comical statue is of an adorable elephant, known locally as Liotru and the symbol of the city. 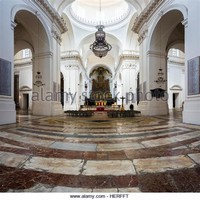 The monastery complex is located in the historical centre of the city of Catania, with the church of San Nicolò l'Arena.It shows architectonical integration of many styles through different centuries.

Today, the Monti Rossi are an ideal place for practicing sport and for some walks inside the pine wood nature trail. The path starts on the west craters side, close to the camping entrance.

Mount Etna, or Etna (/ ˈ ɛ t n ə /; Italian: Etna or Mongibello [mondʒiˈbɛllo]; Sicilian: Mungibeddu [mʊndʒɪbˈbɛɖɖʊ] or â Muntagna; Latin: Aetna), is an active stratovolcano on the east coast of Sicily, Italy, in the Metropolitan City of Catania, between the cities of Messina and Catania.

Also on display are sketches and sculptures by fellow Catanian artist Eugenio Russo (1910–2000) and objects from the neighbouring Museo Belliniano, a museum dedicated to local composer Vincenzo Bellini.

Featuring multiple galleries and exhibits about the landing of the Allied forces in Sicily, Museo Storico dello Sbarco in Sicilia 1943 brings history to life. See photos, newspaper clippings, and artifacts from World War II, and delve into the history surrounding the devastation that occurred in Sicily in 1943.

Let’s continue our walk and, after about two hundred meters, we come across Palazzo Riso – the Museum of Contemporary Art in Sicily. The Polo Regional Museum of Modern Art of Palermo is situated inside the magnificent Palazzo Belmonte Riso, dating back to the end of the eighteenth century and belonging to the Ventimiglia Princes of Belmonte.

The Orto Botanico dell'Università di Catania (16,000 m²), also known as the Hortus Botanicus Catinensis, is a botanical garden in Catania, Sicily, southern Italy.It is operated by the University of Catania botany department.

The Palazzo dei Chierici, also is known as the Clerks’ Seminary (which once housed it), it’s connected to the Saint Aghata’s Cathedral through an overpass that goes over Uzeda’s entrance. The inclution of building inside the city walls is its hallmark.

Palazzo Platamone is a palace and is nearby to diocese of Catania and Piazza Duomo.

The Parco Archeologico Greco-Romano di Catania is home to three main structures, most notably the Teatro Romano (Roman Theater), once an opulent 7,000-seat theater constructed with a blend of marble and black lava stones, and the ancient amphitheater, once the largest of its kind in Sicily and seating up to 15,000.

2 reviews of Piazza Università "We were only in Catania for a couple of days but we loved it! we stayed in the center about a 5 minute walk from this piazza and when we were walking through the piazza we found an unexpected concert! the nightlife…

Porta Garibaldi Monumental gate in honour of King Ferdinand IV At the end of Via Garibaldi standing pompously in the middle of the road is the Porta Garibaldi, originally called Porta Ferdinandea.

The “Porta Uzeda”, also known as “Porta Marina” because once cross it you can immediately get to port of Catania, it is located in the far south of Via Etna and, precisely, in Piazza Duomo. 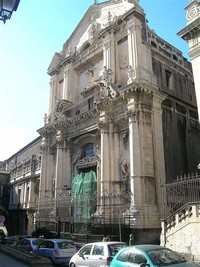 San Benedetto. San Benedetto is a church in Catania, Sicily, southern Italy. Dedicated to St. Benedict of Nursia, it was built from April 1334, then it was destroyed by 1693 Sicily earthquake; only 5 nuns survived the disaster.

The Teatro Massimo Bellini is an opera house in Catania, Sicily, southern Italy. Named after the local-born composer Vincenzo Bellini, it was inaugurated on 31 May 1890 with a performance of the composer's masterwork, Norma. It seats 1,200. 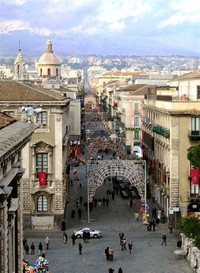 Today strolling along Via Etnea is an exciting experience that brings to life the past in all of its splendor thanks to its endless succession of architectural and historical gems, its

It belonged at first to the Duke of San Donato, who, after the earthquake, acquired the Villa from Giuseppe Lanza, Duke of Camastra and rebuilder of Catania, and was purchased at a later time by the prince Domenico Rosso, III Prince of Cerami.