Things to do in Dagupan, PH

Binmaley is located along the western coastland of Pangasinan facing the Lingayen Gulf, in between Lingayen and Dagupan City. On January 8–9, 1945, the amphibious forces of U.S. General Douglas MacArthur used the town's beach, designated as "yellow beach", alongside the beaches of Lingayen, Dagupan, and San Fabian, in their landing operations to liberate Luzon from Japanese occupation during World War II.

Dasol, officially the Municipality of Dasol, (Pangasinan: Baley na Dasol; Ilokano: Ili ti Dasol; Tagalog: Bayan ng Dasol),is a 3rd class municipality in the province of Pangasinan, Philippines. According to the 2015 census, it has a population of 29,110 people. Dasol is a popular town for the production of commercial salts.

Lingayen, officially the Municipality of Lingayen, (Pangasinan: Baley na Lingayen; Ilokano: Ili ti Lingayen; Tagalog: Bayan ng Lingayen), is a 1st class municipality in the province of Pangasinan, Philippines. According to the 2015 census, it has a population of 103,278 people.

Mangaldan, officially the Municipality of Mangaldan, (Pangasinan: Baley na Mangaldan; Ilokano: Ili ti Mangaldan; Tagalog: Bayan ng Mangaldan), is a 1st class municipality in the province of Pangasinan, Philippines. According to the 2015 census, it has a population of 106,331 people.

Mangaldan is located in the central part of Pangasinan. The municipality is bordered by San Fabian on the north, Dagupan on the west, San Jacinto on the east and on the south, the municipalities of Mapandan and Santa Barbara. 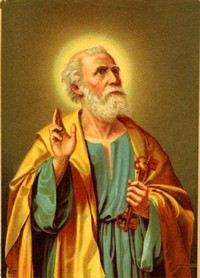 Sts. Peter and Paul Catholic School is committed to the formation of young Catholics spiritually, morally, academically, socially and physically in order to go out and evangelize the world in the name of Jesus Christ our Lord as exemplified by Sts. Peter and Paul. 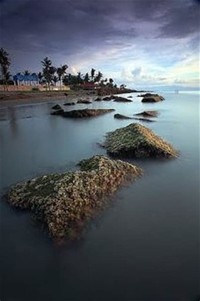