Things to do in Gadag-Betageri, IN

Gadag-Betageri has an average literacy rate of 85.56%. The Sex ratio is about 1006 females per 1000 males to females. 18,419 of the population is under 6 years of age. Kannada is the main and widely spoken language, English and Hindi are also spoken and understood.

Gadag-Betageri is a city municipal council in Gadag district in the state of Karnataka, India. It is the administrative headquarters of Gadag District. The original city of Gadag and its sister city Betageri (or Betgeri) have a combined city administration. The municipality of Gadag-Betageri has a population of 172,813 and an area of 54.0956 km². 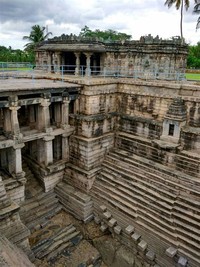 Lakkundi in Gadag District of Karnataka is a tiny village on the way to Hampi from ... Stepped well (muskin bhanvi) at the Manikesvara Temple in Lakkundi. 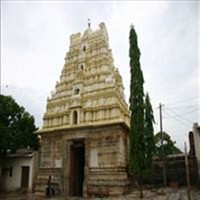