Things to do in Kimhae, KR

The Gimhae Bonghwangdong was designated a historic site, where it includes an important shell mound from the Gaya period, which is located in Hoehyeon-ri. In 1920, it was the first archeological site to be excavated in Korea. 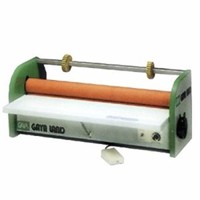 Gimhae International Airport is the main hub for Air Busan. Runway 18L/36R is used for military purposes only for Gimhae Air Base, but due to increasing traffic, there are plans to open the runway for airliners. In 2017, 16,403,541 passengers used the airport.

The Gimhae Astronomical Observatory was opened on February 1, 2002 as part of the Millennium Commemorative Project started in December, 1998. It was built to satisfy the general public’s curiosity about the universe and celestial bodies, inspire young people, and give everyone a unique, memorable experience.

With 25 years of theme park know how, the Lotte Group has opened the largest water park in Korea. The Gimhae Lotte Water Park is “Polynesian” themed and its styled surroundings and water rides are sure to leave visitors with lasting memories.

Gimhae Nakdonggang Rail Park is located north of Gimhae City right next to Nakdonggang River. The park offers many fun attractions for you and your family to spend a spectacular day!

On July 29, 1998, the Gimhae National Museum was opened in order to research and preserve the cultural heritage of the ancient kingdom of Gaya. The museum is at the foot of Gujibong Peak in Gimhae-si, the spot where the kingdom is believed to have been founded.

Changwon, as the capital of Gyeongnam province, is home to the Gyeongnam Art Museum, the province’s main art museum. Also known as GAM, the museum was announced in December 2003, and opened in June 2004. The museum’s exterior is a pretty unique site in Changwon, with large glass facades spanning the museum’s 4 stories, as well as a large art piece consisting of a grid of marble spheres, sticking out prominently from an eastern wall.

The Gimhae Hanok Experience Hall is the pride of Gimhae. On the outside it is a historical recreation of Joseon noble’s house, but on the inside is equipped with modern convenience facilities. Packed with traditional Korean culture and hands-on activities, the hall provides visitors a true immersion into Korea’s proud past.

Huangshan is known for its stone steps, carved into the side of the mountain, of which there may be more than 60,000 throughout the area. The date at which work on the steps began is unknown, but they have been said to be more than 1,500 years old. 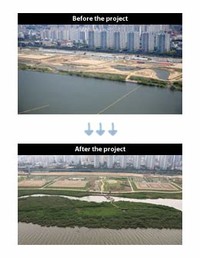 Kimhae is a city found in Gyeongsangnam-do, South Korea. It is located 35.23 latitude and 128.88 longitude and it is situated at 13 meters above sea level

Kimhae is a city found in Gyeongsangnam-do, South Korea. It is located 35.23 latitude and 128.88 longitude and it is situated at 13 meters above sea level 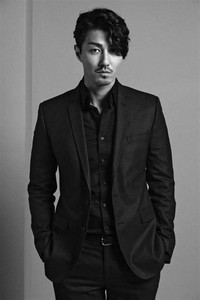 Yongji Munhwa Park is located in Changwon. Use our Changwon trip itinerary maker website to visit Yongji Munhwa Park on your trip to Changwon, and learn what else travelers and our writers recommend seeing nearby.