Things to do in Kurume, JP 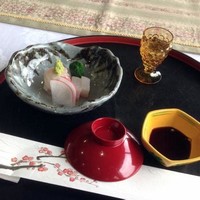 The Arima Memorial Museum is located inside the palace of Kurume Castle (a Municipally Designated Historial Site). Exhibits The museum displays materials related to the Arima clan, who ruled the Kurume Domain almost entirely throughout the Edo Era (1605 - 1868).

The Chikugo River Lift Bridge (筑後川昇開橋, Chikugo-gawa shōkaikyō) is a vertical lift railway bridge across the Chikugo River in Kyūshū, Japan. It was completed in 1935. The bridge has a total length of 507.2 metres (1,664 ft), with a moveable span of 24.2 metres (79 ft) long and a vertical rise of 23 metres (75 ft).

Chiriku Hachiman Shrine (千栗八幡宮, Chiriku Hachimangu) is a Shinto shrine located in Miyaki, Saga Prefecture, Japan. It is a Hachiman shrine, dedicated to the kami Hachiman. It was established in 724. Its main festival is held annually on September 15. It was formerly the ichinomiya of Bizen Province.

Kurume is a city found in Fukuoka, Japan. It is located 33.32 latitude and 130.52 longitude and it is situated at 10 meters above sea level

Located at the southern foot of the Mt. Mino in south eastern Kurume City, Ichinose Water Park was opened on April 1, 2006 as an inter-regional exchange plaza that utilizes the surrounding rich forest and pure Kora River where lightening bugs dance every summer.

Ishibashi Cultural Center is a comprehensive park that was built and donated to Kurume City in 1956 by the late Shojiro Ishibashi, founder of Bridgestone Corporation. 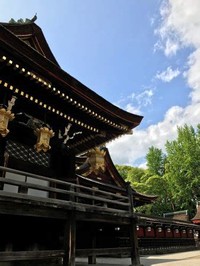 Popular radium spa draws many visitors, and cormorant fishing masters can be seen in traditional caps and straw skirts. The Chikugo-gawa-onsen Hot Spring in the southwestern part of Fukuoka is situated near a mid-stream section of the Chikugo-gawa River, which runs through the Chikushi Plain and pours into the Sea of Ariake.

There are at least two ajisai (hydrangea) festivals held in Kurume City, Fukuoka Prefecture each June. One is on the way to Kora Taisho on the mountain Korasan, in Mii-machi. The other (larger) festival is held farther east, at Senkoji. The Senkoji Festival runs through June and for 300 yen per adult, visitors can be swimming in hydrangeas.

Located in the middle of Chuo Park, Kurume Bird Center houses mainly peacocks (of which there are about 100) in addition to Japanese cranes, flamingos and around 420 other birds of 82 different species! There is also a playland equipped with a Ferris wheel and a merry-go-round as well as a municipal whirlpool (open during the Summer season).

Origin of Kurume castle Historically Kurume area had been a center of Chikugo province (south part of Fukuoka prefecture), but in medieval era Chikugo province was divided into many small lords. The largest one was Kamachi clan at Yanagawa castle, and Kurume area was a marginal area.

I live in Japan Talking about my life in Japan Cultural (and not so) and everyday experiences. Ninety-Eighth Episode: Kurume Cycle Family Park I'd seen this ...

Kurume Hyakunen Park was completed in 1989 to commemorate the 100th anniversary of Kurume City. It is located in the middle of Kurume’s central recreation zone alongside a bank of the Kora River and the river bed of the Chikugo River, and is close to Central Park where the Fukuoka Science Museum and Kurume Bird Center are located.

There are ceremonies held throughout the year and Gokoku Shrine is one of the most popular places in Hiroshima for celebrating hatsumode at when over half a million people pack the concourse in the first seven days of the year.

... http://www.city.kurume.fukuoka.jp. ... Hyakunen Park with cherry trees and azalea flowers, and the crystal clear Chikugo River are near Kurume Sports Complex.

Hot spring of Tohoku have been health and healing sanitariums for decades, and the rustic hot springs are still very popular. The golden hall of Chusonji in Hiraizumi (a wealthy town 1000years ago) is a masterpiece. 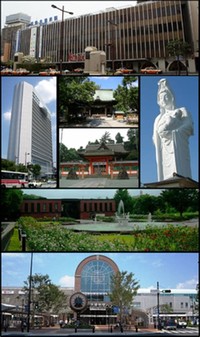 This is the official site that introduces tourism information of Kurume, convention, and international exchange. You can search for Kurume city tourist destinations, events, and convention facilities.