Things to do in Lyon, FR

Amphitheatre of the Three Gauls

The Amphitheatre of the Three Gauls (French: Amphithéâtre des Trois Gaules) of Lugdunum was part of the federal sanctuary of the three Gauls dedicated to the cult of Rome and Augustus celebrated by the 60 Gallic tribes when they gathered at Lugdunum.

The theatre during the festival The Ancient Theatre of Fourvière (French: Théâtre antique de Lyon) is a Roman theatre in Lyon, France. It was built on the hill of Fourvière, which is located in the center of the Roman city.

The Basilica of Notre-Dame de Fourvière is a minor basilica in Lyon. It was built with private funds between 1872 and 1884 in a dominant position overlooking the city. The site it occupies was once the Roman forum of Trajan, the forum vetus, thus its name.

* BOTANICAL GARDENS: entrance Avenue Verguin. Previously located on the slopes of Croix-Rousse. Created in 1795, this garden de la Déserte became too small and was moved to the Parc de la Tête d'Or in 1857, 4,000 plants were moved and the Orangerie was rebuilt stone by stone.

The Barbie trial was the first trial for crimes against humanity in France, and was an important moment in history and for the remembrance of the Occupation years, sharing in the awakening of the Lyon's collective memory and prefiguring the creation of the Resistance and Deportation History Centre.

Plan to visit Des Hauteurs Park, France. Get details of Location, timings and contact. Find the reviews and ratings to know better. 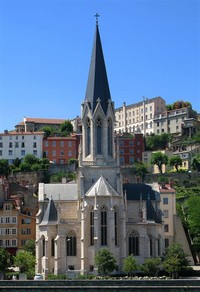 The Église Saint-Georges (Church of St. George) is a Roman Catholic church located on the Place François-Bertras, in the Vieux Lyon quarter, in the 5th arrondissement of Lyon. It is under the direction of the Primatiale parish and was named in honor of Saint George. 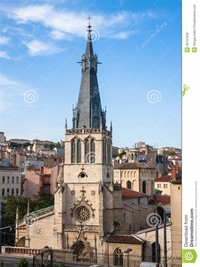 The Église Saint-Paul is a Roman Catholic church located in Lyon, France. It is situated in the Vieux Lyon, in the Saint-Paul quarter, in the 5th arrondissement of Lyon. The cathedral is in the Romanesque and Gothic architectural styles. 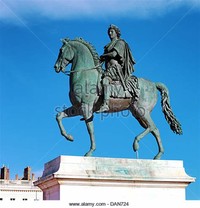 Lyon, France The Fontaine Bartholdi is a fountain sculpted by Frédéric Auguste Bartholdi and realised in 1889 by Gaget & Gautier. It was erected at the Place des Terreaux, in the 1st arrondissement of Lyon, in September 1892.

Fourvière is a district of Lyon, France and also a hill immediately west of the old part of the town, rising abruptly from the river Saône and then gently sloping down to the north-west. It is the site of the original Roman settlement of Lugdunum (43 BC).

The Fresque des Lyonnais is one of Lyon's most creative and artistic monuments. An 800-square meter wall mural, it showcases 30 of the most influential Lyonnais to date, individuals from throughout history who helped make the city what it is today.

The Hôtel de Ville de Lyon is the city hall of the City of Lyon and one of the largest historic buildings in the city, located between the Place des Terreaux and the Place de la Comédie, in front of the Opera Nouvel. Since 12 July 1886, the building has been classified as a Monument historique.

Hotel dieu Hôtel-Dieu de Lyon was a hospital of historical significance situated on the west bank of the Rhone river, on the "Presque-isle" (the Peninsula between the Saône and Rhone rivers which run through the city center).

The Jardin Rosa Mir (English: Rosa Mir Garden) is a garden located in the center of La Croix-Rousse quarter in the 4th arrondissement of Lyon, and created by Jules Senis. It is housed in a courtyard of the building at No. 83 Grande Rue de la Croix-Rousse. It can be accessed through a path located at No. 87 in the same street.

La Croix-Rousse is a hill 254 metres (833 ft) high in the city of Lyon, France, as well as the name of a neighborhood located on this hill.

Go on a guided tour and discover Jacquard’s invention through weaving demonstrations on hand looms, silkworms’ lifecycle, the Canuts social influence during the 19 th century and today’s reality in Rhône-Alpes textile industry.

Gare de la Part-Dieu (English: Part-Dieu railway station) is the primary railway station in Lyon, France. It is situated on the Paris-Lyon-Marseille railway. The train services are operated by SNCF. This zone is served by the metro line B, tram T1 (2001), T3 (2006), T4 (2013) and the Rhônexpress (2010).

Lyon Cathedral (French: Cathédrale Saint-Jean-Baptiste de Lyon) is a Roman Catholic church located on Place Saint-Jean in Lyon, France.The cathedral is dedicated to Saint John the Baptist, and is the seat of the Archbishop of Lyon

Lyon Zoo (fr. Zoo de Lyon, also known as Jardin zoologique de Lyon, or Zoo du Parc de la Tête d'Or) is a zoo in France located in Auvergne-Rhône-Alpes inside parc de la Tête d'Or in the town of Lyon. The zoo was founded 1858 by Claude-Marius Vaïsse (8 July 1799 – 8 August 1864), a French lawyer who joined the administration of the July Monarchy. 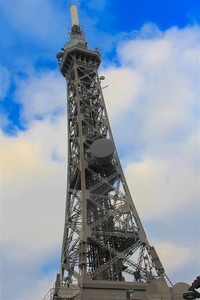 The Tour métallique de Fourvière ("Metallic tower of Fourvière"), a landmark of Lyon, France, is a steel framework tower which bears a striking resemblance to the Eiffel Tower, which predates it by three years. With a height of 85.9 metres and weight of 210 tons, the "metallic tower" was built between 1892 and 1894. 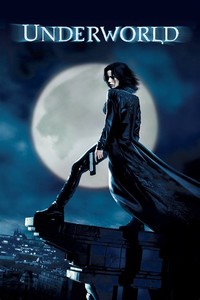 Some movies have been so successful that the studios keep releasing more and more sequels, or movies with the same characters and basic plots. At the opposite end of the scale to the blockbuster, there is the independent, art, or Indie movie.

You may find a baker bringing her bread out to cool, a businesswoman rushing to work, or a child playing. All of the images reflect the dynamic energy and humor of the city in which they’re painted. Add Le Mur Des Canuts to your Lyon travel itinerary, and discover new vacation ideas by using our Lyon trip planning site.

Unmissable in Lyon, the musée des Confluences tells the story of mankind and the history of life. Unprecedented in the world of European museums, it sets up a dialogue between all the sciences to better understand the world.

The Musée Gadagne is a museum located in the center of the Vieux Lyon, in the Saint-Jean quarter, in the 5th arrondissement of Lyon. It is composed of the Musée d'histoire de Lyon (Museum of Lyon History) and the Musée des marionnettes du monde (Museum of world puppets). The building was classified as monument historique in 1920.

The Museum of Fine Arts of Lyon ((in French) Musée des beaux-arts de Lyon) is a municipal museum of fine arts in the French city of Lyon. It is housed near place des Terreaux in a former Benedictine convent of the 17th and 18th centuries.

Located in two 18th century hôtels particuliers of Lyon's 2nd arrondissement, the institution consists in two distinct museums although they are administered as one : the Musée des Tissus (Museum of Textiles) and the Musée des arts décoratifs (Decorative Arts Museum).

www.lyon.fr /lieu /patrimoine /parc-de-gerland.html Parc de Gerland (pronounced [paʁk də ʒəʁlɑ̃nd]), also called Parc du Confluent, is a large greenspace in Lyon situated on a former industrial site in the south of the city near the confluence of the Rhône and the Saone. 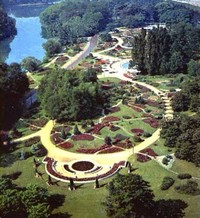 Parc de la Tête d'or ("Park of the Golden Head"), in Lyon, is a large urban park in France with an area of approximately 117 hectares (290 acres). Located in the 6th arrondissement, it features a lake on which boating takes place during the summer months.

La Place Bellecour is a large square in the centre of Lyon, France, to the north of the Ainay district.

The Place des Jacobins is a square located in the 2nd arrondissement of Lyon. It was created in 1556 and a fountain was added in 1856. The square belongs to the zone classified as World Heritage Site by UNESCO.

Lyon Cathedral is a Roman Catholic church located on Place Saint-Jean in Lyon, France. The cathedral is dedicated to Saint John the Baptist, and is the seat of the Archbishop of Lyon. 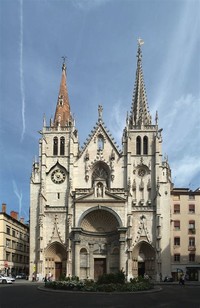 Saint-Nizier church [History of the church] [Photographs of outside] [stained glasses] The site of the church is in charge of religious history and is attached to the memory of the first 48 martyrs of Lyon and Gaules, torture victims into 177, among whom holy Pothin and holy Blandine were.

Introduction to the Lyon Old Town. Lyon Old Town is a Renaissance district: it was the main part of the town in the 16 th century. Then, people progressively started to lose interest in that area, while Lyon Presqu’île was developing. Some parts of “Vieux-Lyon” even became unhealthy during the first half of the 20 th century.