Things to do in Porto, PT

The Porto Botanical Garden was created in 1951. It stretches on a surface of 4 hectares and it is managed by the Faculty of Sciences of Porto.

The Arrábida Bridge is an arch bridge of reinforced concrete, that carries six lanes of traffic over the Douro River, between Porto and Vila Nova de Gaia, in Norte region of Portugal.

Mercado do Bolhão. Located in the heart of the city, this noisy and exuberant market is a sight not to be missed. It’s found in a two-tier covered building and sells everything from fresh fruit to household goods.

Get lost at Cais da RIbeira in Porto in it's medieval streets and seedy alleyways. With photogenic traditional boats floating at the quayside overlooked by colorful ancient houses, this is the most picturesque sight in Porto and the place UNESCO declared it a World Heritage Site.

Orquestra Sinfonica do Porto Casa da Música It has 94 permanent members, which enables it to perform the entire symphonic repertoire from the classical period to the 21st century. The orchestra has been part of Fundação Casa da Música since July 2006.

Casa de Serralves is a villa and museum located inside the park of Serralves. Owned by the Serralves Foundation, the house was built by the second Count of Vizela, Carlos Alberto Cabral and designed by the architect José Marques da Silva.

The Casa do Infante (Prince’s House) is an important landmark in Porto. First established in 1325, it was given this name after Prince Henry the Navigator was born here in 1394. Prince Henry was an important figure during the Age of Discovery. 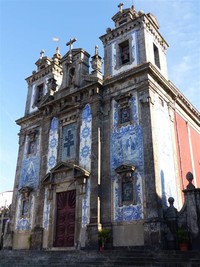 Prior to the building of the church of Saint Ildefonso, a chapel, known as Santo Alifon, stood on the site. Its construction date is unknown, but several early texts mention its existence. The earliest known reference to the site and the original chapel is in a work by a bishop of Porto, Vicente Mendes, dated 1296.

The Church of Saint Francis (Portuguese: Igreja de São Francisco) is the most prominent Gothic monument in Porto, Portugal, being also noted for its outstanding Baroque inner decoration. 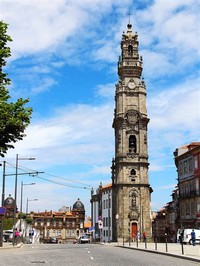 At one point the Torre dos Clerigos was Portugal’s tallest building, and such was its importance that it was classified a national monument in 1910, long before it gained its world heritage status. The Torre dos Clerigos is a must-visit attraction on any Porto sightseeing itinerary. 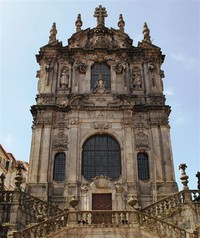 The Clérigos Church (Portuguese: Igreja dos Clérigos, pronounced [ˈklɛɾiɡuʃ]; "Church of the Clergymen") is a Baroque church in the city of Porto, in Portugal. Its tall bell tower, the Torre dos Clérigos, can be seen from various points of the city and is one of its most characteristic symbols.

Explore the streets of Porto with us! This week: Cordoaria Garden, a beautiful place in the middle of Porto’s downtown area. Discover it here :)

The Dom Luís I Bridge (Portuguese: Ponte D. Luís I) is a double-deck metal arch bridge that spans the River Douro between the cities of Porto and Vila Nova de Gaia in Portugal.

The marriage was blessed in Porto Cathedral on 2 nd February 1387 and the wedding celebrations were held at the Episcopal Palace. The celebrations lasted several days, as the marriage brought about an important Anglo-Portuguese alliance against the Franco-Castilian axis.

Estádio do Dragão has a capacity for 50,033 attendants and has unique advantages that, supported by green areas and the restructure of surrounding accesses to the sports complex, residential, and commercial areas, turned it into a new centre of Porto. The stadium is a reference in terms of sports and culture in the city and region. 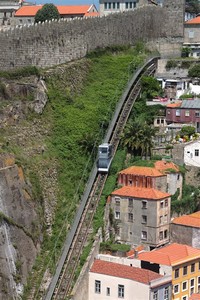 The Funicular dos Guindais is perhaps the most notable method of transport in Porto, Portugal, and is as much of an attraction in its own right as it is a means of travelling from one part of the city to another.

Climbing the Bridge is an all-age experience. The stories our Climb Leaders share during the experience is appropriate for a broad age range. Parents/guardians must remain with their children throughout the Climb experience, and must assist BridgeClimb team by managing their equipment preparation and behaviour.

Homepage Livraria Lello. Here youwill find everything you need to know about Livraria Lello. Buy here the online voucher to visit the most beautiful bookshop in the world.

The Serralves Foundation is a cultural institution at the service of European scope of the national community, whose mission is to raise public awaren

Porto has several institutions of higher education, the largest one being the state-managed University of Porto (Universidade do Porto), which is the second largest Portuguese university, after the University of Lisbon, with approximately 28,000 students and considered one of the 100 best Universities in Europe.

Porto › Attractions - Museums and Galleries in Porto › Port Wine Museum The Port Wine is one of the most celebrated local produces of Porto, worldwide renowned for its quality.

Founded in the mid 19th century (in 1859), Porto Calem is one of the most celebrated wineries nearby Porto. It is located in Vila Nova de Gaia, on the south bank of the Duoro River, and it is an excellent opportunity to sample some of the best productions of Porto wine. 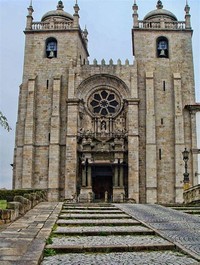 The Porto Cathedral (Portuguese: Sé do Porto) is a Roman Catholic church located in the historical centre of the city of Porto, Portugal. It is one of the city's oldest monuments and one of the most important local Romanesque monuments.

An area covering more than 80 hectares serve as the calling card for this spectacular natural space, which links Porto with Matosinhos and which will take you from the city to the self same Atlantic ocean.

The Tram Museum retraces the history of trams in Porto by means of a plethora of exhibits, of which tram number 22 is a definite highlight, given it was the first tram operating on the Iberian Peninsula. Overall, the period of time covered by the exhibits starts in the second half of the 19th century, calling forth, at least for the nostalgic public, the atmosphere of those times when getting around was not necessarily a matter of speed.

Many visitors to this city in northern Portugal are likely to use Sao Bento Train Station for their everyday journeys around the city, but it is well worth a visit in its own right in order to fully appreciate its splendour.

Sea Life Porto Opened in 2009, the Sea Life lets you dive into the ocean depths. Located between the City Park and the Transparente building, it is the 30th space of Merlin Entertainments, the world’s largest aquariums operator, and the first oceanic tunnel in Portugal.

Museum The Museu Nacional Soares dos Reis occupies the Carrancas Palace, a building from the end of 18th century that in the meantime has suffered several adaptations to its new function. The access is made by the front door of the palace. On the ground floor is installed the Reception, where visitors can receive all the important information. 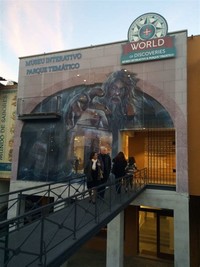 What is Porto, Portugal well-known for?
What is it like living in Porto Alegre, RS?
Porto Alegre is a popular city of which country?
Is porto rico a state?