Things to do in Rodriguez, PH 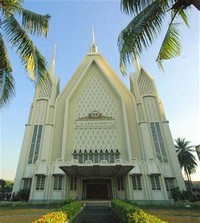 Studies on mud crab at the SEAFDEC/AQD started in 1977, but were soon discontinued to give way to a priority shrimp species, Penaeus monodon. Studies were resumed in 1997 in collaboration with Australian Centre for International Agricultural Research (ACIAR) mainly to develop seed production and improve farming techniques. 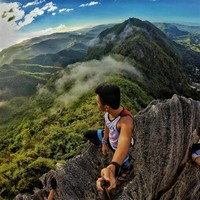 Karugo Falls is a small falls with slope structured rock with falling water. The falls used as a passage trail to Mt. Ayaas and exit trail for traverse from Mt. Pamitinan. The falls is just a minutes long hike from the Wawa Dam. It is located in Rodriguez, Rizal. 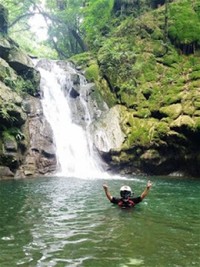 The La Mesa Watershed Reservation is a protected area that preserves the only major watershed in Metro Manila, Philippines. Also known as the Novaliches Watershed, it contains the last remaining rainforest of its size in Metro Manila surrounding the La Mesa Dam and Reservoir, the primary source of potable drinking water for 12 million residents in the Manila metropolitan area. 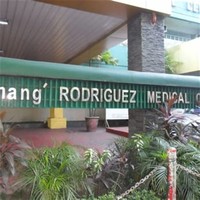 A hiking destination favored for its proximity to Metro Manila is Mt. Balagbag, located in Rodriguez (formerly Montalban), Rizal. This mountain is part of the Sierra Madre range as it transitions into the plains of Central and Southern Luzon.

I live in Rodriguez and we summited (that a word?) Mt. Pamitinan, Mt. Binacayan, and Mt. Hapunang banoi as one-day trilogy. It has many picturesque views for people who like to document trips or just plain like taking selfies.

Mt. Binacayan, which is shorter than Mt. Pamitinan by just a few meters, has two different approaches, both of which feature a profile similar to Mt. Pamitinan, though the latter is a bit more unexplored (as of Feb 2015). Instead of a forested ascent, however, Binacayan offers a more agricultural terrain, followed by the same rock and bamboo ascent. The final leg is through a ridgeline with thick foliage, requiring long steps and reaches from one limestone formation to another.

Rodriguez, Rizal (Filipino: Bayan ng Rodriguez), is a 1st class municipality in the province of Rizal, Philippines. It was formerly known as and is still commonly referred to as Montalban. According to the 2015 census, it has a population of 369,222 people.

In the foothills of the Sierra Madre mountain range lies the Pamitinan cave. It is located in the San Rafael barangay (near Rodriguez, Rizal) in the Philippines. It is also near the Wawa Dam. The cave was formerly known as the '"Cave of Bernardo Carpio"'. 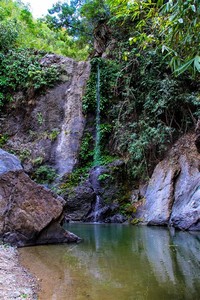 Wawa is very accessible, there are jeepneys plying the major routes from Quezon City to Wawa while Puray, to most, exist only in the tales of mountain bikers who frequent the place because of its trails and its falls.

Wawa Dam (also known as Montalban Dam) is a gravity dam constructed over the Marikina River in the municipality of Rodriguez in Rizal province, Philippines. The slightly arched dam is situated in the 360-metre (1,180 ft) high Montalban Gorge or Wawa Gorge, a water gap in the Sierra Madre Mountains, east of Manila.