Things to do in Rouen, FR

Saint-Martin-de-Boscherville, France Saint-Georges de Boscherville Abbey is a former Benedictine abbey. It was founded in about 1113 by Guillaume de Tancarville on the site of an earlier establishment of secular canons and settled by monks from the Abbey of Saint-Evroul. 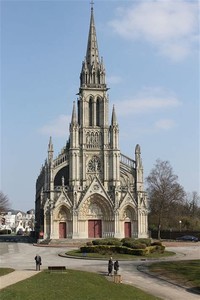 The Basilique Notre-Dame de Bonsecours (Basilica of Our Lady of Refuge) is a Gothic Revival basilica in Bonsecours near Rouen, Seine-Maritime, France. It is the first church in France to be built in the Gothic Revival style. 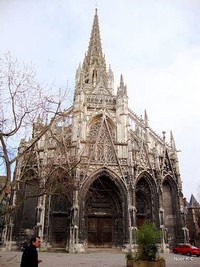 The Church of Saint-Maclou is considered one of the best examples of the Flamboyant style of Gothic architecture in France. Saint-Maclou, along with Rouen Cathedral, the Palais de Justice (also Flamboyant), and the Church of St. Ouen, form a famous ensemble of significant Gothic buildings in Rouen.

Situated on the historic Place du Vieux-Marché, the church devoted to St. Joan of Arc is Rouen‘s 20th century response to the medieval Gothic churches that made the reputation of the city. Its sweeping curves refers to the flame that consumed Joan of Arc on the same square in 1431.

Saint-Ouen Abbey Church, also referred in English as Saint-Owen Abbey Church (French: Abbatiale Saint-Ouen), is a large Gothic Roman Catholic church in Rouen, Normandy, France. The abbey is famous for both its architecture and its large, unaltered Cavaillé-Coll organ, which has once been described as "a Michelangelo of an organ" by Charles-Marie Widor. 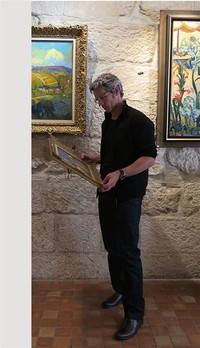 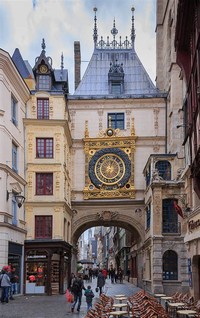 The Gros-Horloge (English: Great-Clock) is a fourteenth-century astronomical clock in Rouen, Normandy. History and description. The clock is installed in a Renaissance arch crossing the Rue du Gros-Horloge, in Rouen. The mechanism is one of the oldest in France, the movement was made in 1389.

The Historial Jeanne d'Arc, the Joan of Arc attraction in Rouen takes you through her life and death, and the myths that surround the Maid of Orleans

Rouen may be famous for its Gothic churches, but these should not over-shadow other civil buildings such as the Gothic building of the Parliament of Normandy, one of the rare civil constructions in Gothic style in the late Middle Ages in France.

The Jardin des Plantes de Rouen (8 hectares) is a municipal botanical garden located at 7, rue de Trianon, Rouen, Seine-Maritime, Upper Normandy, France. It is open daily without charge. The garden dates to 1691 when Louis de Carel acquired forest land within which he built a walled garden and pavilion. 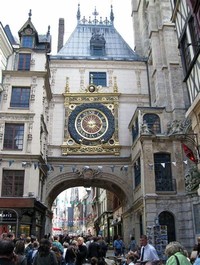 Directly on the tourism circuit that visits the historical city, just a few steps far from the railway station, you can easily access the cathedral and the "Vieux Marché". Plenty of shops and restaurants are available in the district. It's the ideal start point to visit the town of Rouen.

There are also TGV from Le Havre to Marseille-Saint-Charles and to Strasbourg. History. The station opened its doors in 1847 when the Rouen–Le Havre section of the Paris–Le Havre railway opened to service. The line previously had its terminus at Rouen Rive-Gauche. 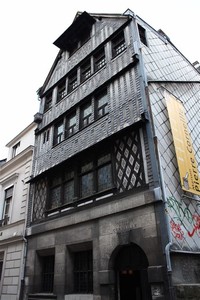 The Maritime, Fluvial and Harbour Museum of Rouen (French: musée maritime fluvial et portuaire de Rouen) is a museum dedicated to the history of the port of Rouen, which is one of the greatest ports of France. The museum opened in 1999, during the Rouen Armada, a festival of tall ships which takes place every five years. 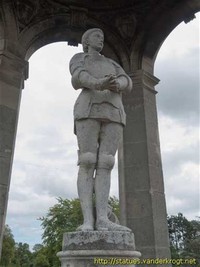 The Church Sainte-Jeanne-d'Arc is a monument in the municipality of Rouen (Seine-Maritime, Normandy). It is an attraction for holidaymakers staying in the region.

A maritime museum (sometimes nautical museum) is a museum specializing in the display of objects relating to ships and travel on large bodies of water. A subcategory of maritime museums are naval museums, which focus on navies and the military use of the sea.

On the outskirts of Rouen and close to public transport, these are the free car parks available in Rouen. Place du Boulingrin car park 400 spaces near the subway.

Rouen's Place du Vieux Marché, or Old Market Place, is best known as the spot where Joan of Arc was burned at the stake in 1431. The modern Église Jeanne d'Arc dominates the center of the Place, which also hosts a daily market (except Monday). 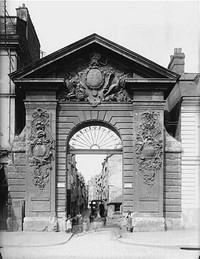 Rouen Castle is an historic castle in the city of Rouen, capital of the duchy of Normandy, now in France. It was built by Philip II of France from 1204 to 1210 following his capture of the duchy from John, Duke of Normandy and King of England. 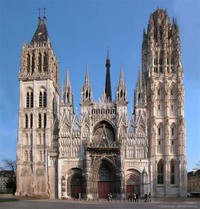 Rouen Cathedral (French: Cathédrale primatiale Notre-Dame de l'Assomption de Rouen) is a Roman Catholic church in Rouen, Normandy, France. It is the see of the Archbishop of Rouen, Primate of Normandy. The cathedral is in the Gothic architectural tradition.

The cheapest way to get from Rouen to Trouville-sur-Mer costs only 2€, and the quickest way takes just 1 hour. Find the travel option that best suits you.

The network of activity centres in the forests (Maisons des Forêts) welcomes you throughout the year to help you discover the fauna and flora of these green expanses. The Verte Forest, the Roumare Forest, the La Londe-Rouvray forest, the Madrillet Forest and the oak woods in Leu cover a large part of the Seine Valley. 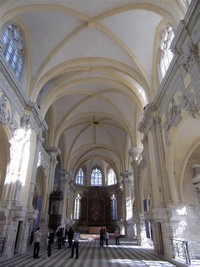 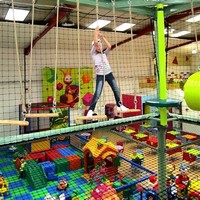 Which is better for a student Tours or Rouen?
Is my duck a Rouen or mallard?
Can rouen ducks fly?