Things to do in Rustenburg, ZA

Buffelspoort Dam Fishing is famous for its Black Bass especially during the summer months when they get caught quite frequently. The fact that the water is so clear and that you get spots with water-grass makes Buffelspoort the perfect dam for Bass. Buffelspoort dam is also known for its big Carp that gets caught mainly in the winter months.

About Magalies Wild Forest Walk. Magalies Wild Game Farm offers a well-marked Forest Walk that is short and easy, perfect for anyone keen to experience nature without too much effort. A number of trail options are available and walking anywhere on the farm is safe.

The Royal Bafokeng Sports Palace is a football, rugby and athletics stadium in Phokeng near Rustenburg, South Africa. It was built and is managed by the Royal Bafokeng Nation. It is used as the home stadium for Premier Soccer League club Platinum Stars. 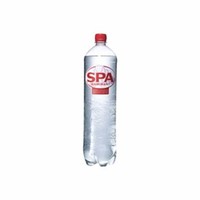