Things to do in Ségou, ML 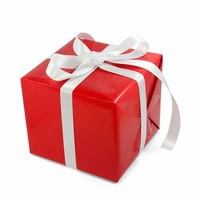 A gift or a present is an item given to someone without the expectation of payment or return. An item is not a gift if that item is already owned by the one to whom it is given. Although gift-giving might involve an expectation of reciprocity, a gift is meant to be free.

Grand March é. Market in Djenné ... especially those to the west. It's all the more atmospheric because it's a local's market, with little on sale for tourists, ...

The Ethnological Museum occupies a hugely significant site near Sidi Yahiya Mosque, containing the well of Bouctou, where Timbuktu was founded. There's also a variety of exhibits including clothing, musical instruments, jewellery and games, as well as interesting colonial photographs and pictures of the ancient rock carvings at Tin-Techoun, which have since been stolen or destroyed.