Things to do in Tete, MZ

Moatize is the principal town and administrative center of Moatize District in western Mozambique's Tete Province. It is located on the eastern side of the Zambezi River at the confluence of the Moatize and Revuboe Rivers. After Tete, it is the second largest urban area, by population, in western Mozambique.

Inhangoma, Mutarara, Tete, Região Centro is located in Mozambique. Its zip code is 2307.

It is located on the Zambezi River, and is the site of two of the four bridges crossing the river in Mozambique. A Swahili trade center before the Portuguese colonial era, Tete continues to dominate the west-central part of the country and region, and is the largest city on the Zambezi. 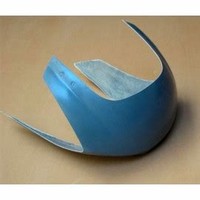 Want to know what the weather is now? Check out our current live radar and weather forecasts for Zóbue, MZ to help plan your day