Things to do in York, GB 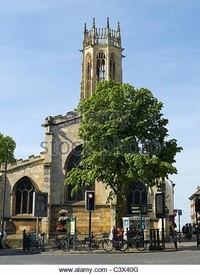 All Saints, Pavement, is the Guild and Civic church of York. It is also the Regimental church of the Royal Dragoon Guards. As a result there are many special services held each year at the church

Allerton Castle is a truly magical place to celebrate one of the most important days of your life and what could be more romantic than hosting your celebration as masters of Allerton Castle for the day. Bring your friends and family together in this fairytale setting for your memorable milestone, the gothic revival stately home is exclusively yours for the day.

Barley Hall is a stunning medieval town house, once home to the Priors of Nostell and a Lord Mayor of York. Until the 1980s the building was hidden under the relatively modern facade, only when it was going to be destroyed was the amazing medieval structure discovered and its rich history uncovered.

Beningbrough Hall is the perfect learning destination from which to inspire, explore and create. With curriculum linked Key Stage 1 -5 tailored learning programmes; our knowledgeable and passionate team bring learning to life with a wide variety of learning experiences and activities for students of all ages.

The bar was damaged during the siege of York in 1644. Like Micklegate Bar, it was sometimes used to display the heads of traitors, the heads of three rebels opposing Charles II’s restoration were placed here in 1663. Bootham Bar was the last of the gates to lose its barbican, demolished in 1835.

Can You Escape? is York's award-winning escape game experience, based right in the heart of the city on Micklegate, and proudly named as Visit York's Best Newcomer in 2017! We have two top rated missions, Operation Lone Eagle and Operation H.E.R.O., meaning we can take groups of up to 16 agents at a time and start you all together in a race to the finish.

Roman Emperor Constantine the Great was crowned in York in 306 AD and ruled the Empire for another 31 years. The statue sits in the Minster Yard and is another reminder of York's long history & Roman occupation.

Let your kids discover the fun side of archaeology! Located in York city centre DIG ... Find everything you need to know to go on your own archaeological adventure, ... 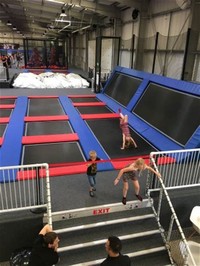 On Tuesdays and Thursdays, Energi Trampoline Park is transformed into a haven for youngsters with additional needs. We have designed two sessions in partnership with local charities, professionals and parents, to ensure your child’s needs are met. For those with physical disabilities or syndromes our Tuesday sessions are the perfect way to enjoy the park, whilst we tinker with the environment on Thursday’s to cater for those on the autistic spectrum. Siblings are welcome to both sessions.

England’s Finest Georgian Town House. Come and unlock the splendour within the finest Georgian town house in England. A classical architectural masterpiece of its age, Fairfax House was originally the winter home of Viscount Fairfax. Its richly decorated interior was designed by York’s most distinguished eighteenth-century architect, John Carr.

Our visitors tell us they love the small, relaxed family feel when they visit. Goddards House and Garden can accommodate groups of up to 15 people. 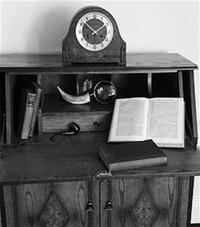 Henry VII experience at Micklegate Bar Micklegate Bar Although Micklegate Bar is not on the site of the Roman gate from the colonia and excavations have shown that the Roman road runs a little to the south-west of it, the bar does incorporate re-used Roman stone and sarcophagi in the outer archway and side walls.

Holy Trinity Church, Goodramgate, York is a Grade I listed former parish church in the Church of England in York and is in the care of the Churches Conservation Trust.

JORVIK Viking Centre has been completely re-imagined. Visit one of York's must see attractions and discover the return of the Vikings.

The York Mansion House is the earliest purpose built house for a Lord Mayor still in existence and predates the Mansion House in London by at least twenty years. The home was built as a place for the Lord Mayor to entertain visitors to the city and to house York’s wonderful civic collections.

Micklegate Bar was the most important of York’s four main medieval gateways and the focus for grand events. The name comes from 'Micklelith', meaning great street. It was the main entrance to the city for anyone arriving from the South.

A temporary bridge over the River Ouse at Clifton was built by the British Army in 1961 on the site of an old ferry crossing to handle additional vehicle traffic caused by the wedding of the Duke and Duchess of Kent at York Minster.

As the date of York’s 1900th anniversary of its foundation approached, archaeological excavations were undertaken underneath York Minster's tower. This column was found laying on its side, in pieces and originally formed part of the basilica of a Roman fortress.

The city or ‘bar’ walls of York are the most complete example of medieval city walls still standing in England today. Beneath the medieval stonework lie the remains of earlier walls dating as far back as the Roman period. The Roman walls survived into the 9th century when, in AD 866, York was invaded by the Danish Vikings.

Lovely park out of the centre of York but within reasonable walking distance of the city for those... read more

Shambles Market, a historic and vibrant market situated in the heart of the City of York, is a source of exceptional fresh produce, unique crafts and essential merchandise. Open seven days a week from 7am, the Market is the perfect shopping destination with more than 85 stalls offering a diverse selection of goods. 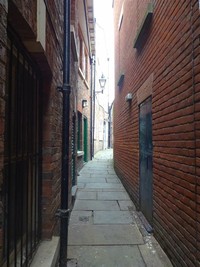 St Martin le Grand, York is a Grade II* listed parish church in the Church of England in York.

St Mary's, the largest and richest Benedictine establishment in the north of England and one of the largest landholders in Yorkshire, was worth over £2,000 a year, (equivalent to £1,230,000 in 2016), when it was valued in 1539, during the dissolution of the monasteries under Henry VIII; it was closed and subsequently substantially destroyed. On 26 November 1539 the Abbey surrendered £2,085 and 50 monks to the crown.

St Michael le Belfrey is an Anglican church in York, England. It is situated directly next to York Minster in the centre of the city.

The Ghost Trail of York, York. 237 likes · 364 were here. Join the multi award winning York Ghost Walk. An evening walk around the ancient heart of York.

York Army Museum is home to some of the most important regimental collections in the UK.

York Castle in the city of York, England, is a fortified complex comprising, over the last nine centuries, a sequence of castles, prisons, law courts and other buildings on the south side of the River Foss. The now-ruinous keep of the medieval Norman castle is commonly referred to as Clifford's Tower. 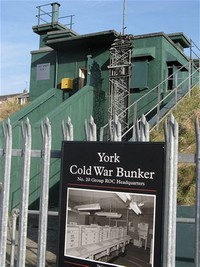 The most modern and spine-chilling of English Heritage’s properties, the York Cold War Bunker uncovers the secret history of Britain’s Cold War. Enter the blast-proof doors and investigate the more unusual side of York’s heritage. 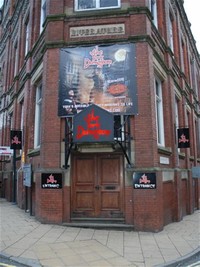 We came to York for our anniversar y and booked for a VIP tour . And was not disappoint ed . From being in the que to the gift shop we was entertaine d .... and a little scared .

If you are looking to discover York, United Kingdom, leave plenty of time for sightseeing tours - you wouldn't want to miss out on top attractions like York Guildhall! And before you go, make sure to read Expedia's York Guildhall sightseeing & tourist guide, filled with all you need to know for the best York Guildhall experience possible.

Created from over one million living, growing maize plants, York Maze is not just the largest maze in the UK it’s an award winning fun filled, day out in the country. With over 20 different rides, attractions and shows to enjoy York Maze offers an amazing fun-filled full family day out.

The Cathedral and Metropolitical Church of Saint Peter in York, commonly known as York Minster, is the cathedral of York, England, and is one of the largest of its kind in Northern Europe. The minster is the seat of the Archbishop of York, the second-highest office of the Church of England, and is the mother church for the Diocese of York and the Province of York.

Take a stroll down one of Britain's most atmospheric streets, York Shambles. This narrow, cobblestoned pedestrian thoroughfare features numerous timber-framed buildings, with some dating back to the 14th century.

Yorkshire Air Museum, York The Yorkshire Air Museum & Allied Air Forces Memorial is an air museum in England on the site of the former RAF Elvington airfield. The museum was founded, and first opened to the public, in the early 1980s.

Here you’ll be able to get information about all the goings on here at the Yorkshire Museum of Farming, Danelaw Centre for Living History and the Derwent Valley Light Railway. To get more information about special events please click here. One of the Yorkshire Wheel's passenger gondolas Yorkshire Wheel was the name used by two transportable Ferris wheel installations at different locations in York, England. The first installation, at the National Railway Museum, operated from 12 April 2006 until 2 November 2008.