Did Haig deserve the title “Butcher of the Somme”?

General Douglas Haig was a British senior officer during World War I. He commanded the British Expeditionary Force (BEF) from 1915 to the end of the war. He was commander during the Battle of the Somme, the battle with one of the highest casualties in British military history. read more

As it wasn't him who decided to fight for the Somme, but he did send attack after attack over the top against advice from other officers. Firstly Sir Douglas Haig should have the title Butcher of the Somme as it represents the lives he cost by ordering hundreds of attacks from the trenches. read more 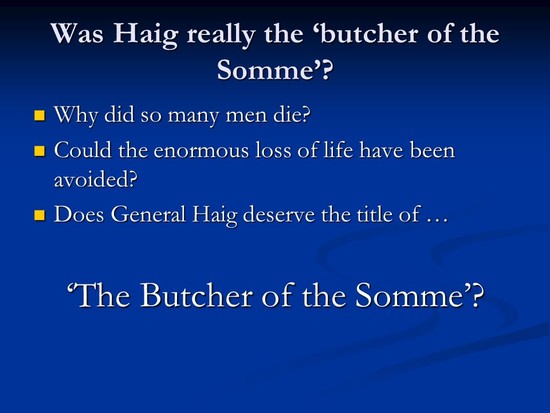