Texas recently did away with the whole last meal thing, due to a state senator getting irritated about how a condemned prisoner in 2011 requested a fairly extensive final meal, but refused to eat it, saying he wasn't hungry. read more

Texas actually did away with their last meals because too many condemned inmates would order elaborate meals and then not eat them. Now they only get the standard meal being served to other inmates at the Huntsville unit that day. read more 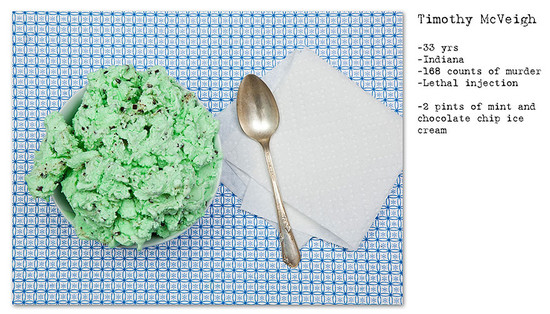