How common is phenylketonuria?

The occurrence of phenylketonuria (PKU) varies among ethnic groups and geographic regions worldwide. In the U.S, PKU occurs in one in 10,000 to 15,000 newborns. Most cases of PKU are detected shortly after birth by newborn screening, and treatment is started promptly. read more 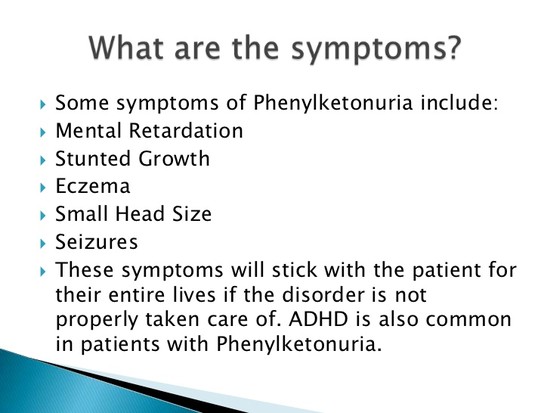 What are common symptoms of phenylketonuria (PKU)?
www.nichd.nih.gov