How long do wild turkeys live?

Domesticated turkeys usually live 1-6 years but they can live longer. Wild turkeys can live up to 10 years. The odds of a turkey surviving though are astonishing. Starting from the egg, less than half the eggs will hatch. Only 30% of poults will live another two weeks and begin to fly up to roost. read more

A wild turkey has an average life expectancy of around three years, however, some turkeys live much longer and reach 13 or even 15 years. Actually determining how long do wild turkeys live will depend on a lot of factors. read more

Male turkeys begin their courtship displays for the females in April. Each male will mate with several females within a single mating period. Each female turkey builds her own nest, where she lays an average of twelve eggs over a two-week period (about one egg per day). The females sit on the eggs for about 28 days until the eggs hatch. read more 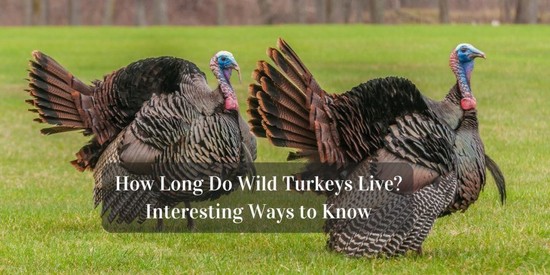