Many Americans assume Cinco de Mayo is Mexico's Independence Day. It's not. That holiday falls on September 16 and commemorates the Grito de Dolores, a priest's ringing of a church bell in the town of Dolores in 1810 that triggered Mexico's War of Independence from Spain. read more

Cinco de Mayo is sometimes mistaken for Mexico's Independence Day—the most important national holiday in Mexico—which is celebrated on September 16, commemorating the Cry of Dolores that initiated the war of Mexican independence from Spain. read more 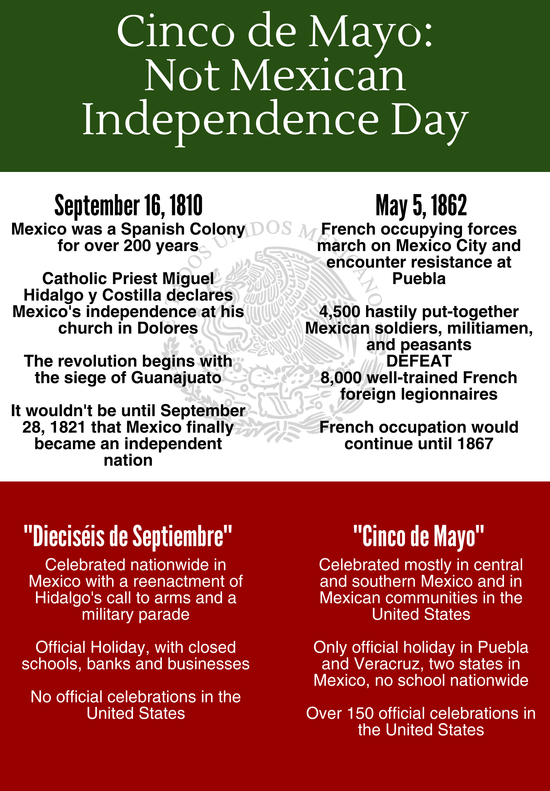