Kai is a better television series because it moves at a much more reasonable pace, but I have the entire run of Dragon Ball (the original series season sets, all the Z Dragon Box Sets, the GT Seasons, and all movies/OVAs/TV specials) on DVD and I'd much rather watch those than Kai. read more

The only problem I have with Kai is that even in its uncut version it's not really as violent as the original dragon ball z, apparently because television standards have changed in Japan since the 80's and 90's. read more

In my opinion Dragon Ball Z.The original dragon ball focuses on early childhood life of Goku and his friends which becomes boring at times.On the other hand Dragon Ball Z has all the cool stuff like super saiyan transformation,awesome fights and villains like Cell and Majin-bu. read more 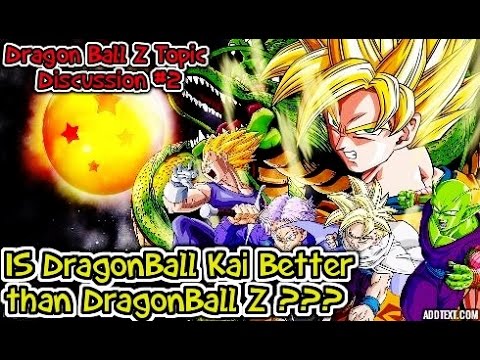