"Girl Meets World" is coming to an end. The Disney Channel show won't be getting a fourth season, the writers of the show confirmed on Twitter on Wednesday. read more

Despite the love for the original '90s ABC sitcom Boy Meets World, the spinoff will end its run after 69 episodes. This isn't exactly a surprise as the show's audience shrank from a stellar 5.16 million viewers for the series premiere to an average of 1.5 million viewers in its third season. read more

Girl Meets World's series finale was filled with nostalgic nods to Boy Meets World—including nearly its entire cast and actual clips of the series finale—but there was also no shortage of the friendships and humor that we're deeply going to miss if the show doesn't find a new home. read more 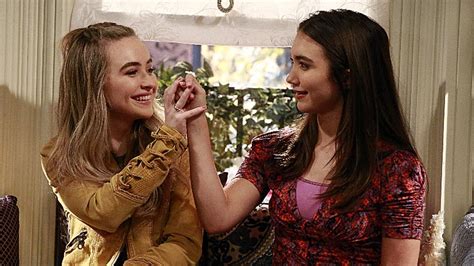