Was Oceanus, Pontus, or Poseidon the Greek god of the sea?

Also, Oceanus was possibly a personification of the ocean enveloping the edges of the world rather than a spirit ruling over that ocean. (Subtle distinction.) He may not have been anthropomorphosized the same way as other ocean deities in early Greek belief. read more

Actually, the three were “gods of the sea”, although different kinds of “sea” and different kinds of “gods”. Pontus is the older. Is the preolimpic god of the primordial sea. He is the embodiment of every sea, but he is mainly the Mediterranean. read more

PONTOS (Pontus) was the primordial god (protogenos) of the sea. He was the sea itself, not merely its resident deity, who was born from earth at the dawn of creation. Pontos and Gaia (Gaea, the Earth) were parents of the ancient deities known as the Old Men of the Sea. read more

On a fragmentary archaic vessel of circa 580 BC (British Museum 1971.11-1.1), among the gods arriving at the wedding of Peleus and the sea-nymph Thetis, is a fish-tailed Oceanus, with a fish in one hand and a serpent in the other, gifts of bounty and prophecy. read more 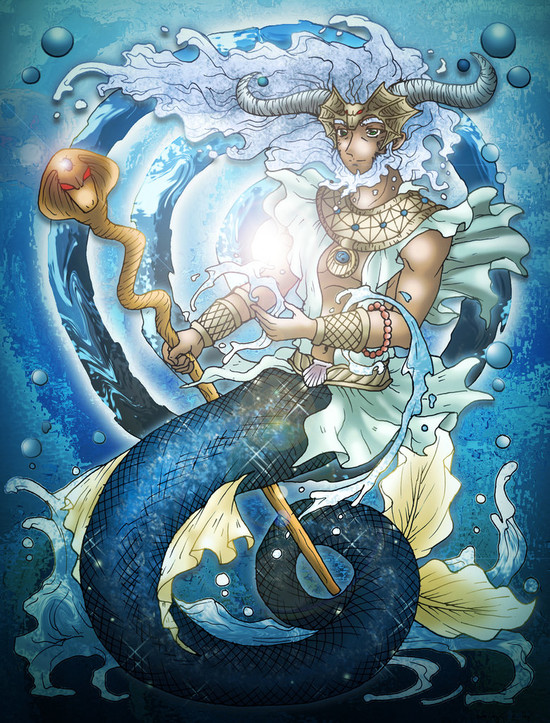