Was Operation Bagration the real D Day in WW2?

D-Day was the western amphibious invasion of France - the largest amphibious invasion ever. Operation Bagration was a major land push by the Soviet armies that led to the liberation of huge swaths of Soviet territory and greatly weakened the German military. Probably one of the greatest victories on the Eastern Front. read more

If Operation Dynamo failed, would the Allies have lost WW2?
What do WW2 veterans think about WW2 video games?
How do surgeons handle the pressure in an operation?
Why is protein folding such an expensive computing operation?
Why aren't there any maglev wind turbines in operation?
What is Operation ginger?
What are Malaysian special operation forces?
Why was Operation Hump initiated on the 8th of November, 1965?
What if there was no Operation sea lion?
Which is the best for cataract operation, normal or laser? 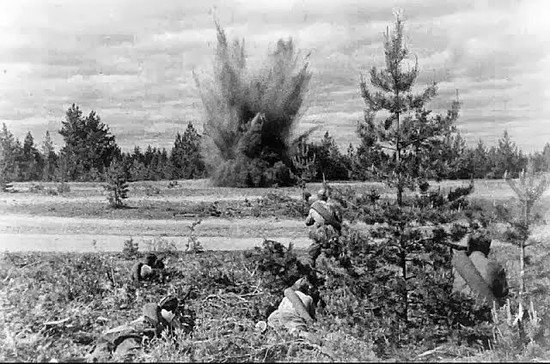 Comment: Operation Bagration was the real D-Day
www.timescolonist.com
We must not forget the other D-day
www.theguardian.com