What are some facts about Egyptian art?

Ancient Egyptian art dates all the way back to 3000BC and provides us with an understanding of ancient Egyptian socioeconomic structures and belief systems. read more

Interesting Facts about Ancient Egyptian Art. They mostly used the colors blue, black, red, green, and gold in their paintings. A lot of Egyptian art depicted the pharaohs. This was often in a religious sense as the pharaohs were considered gods. read more

Egyptian art and architecture, the ancient architectural monuments, sculptures, paintings, and decorative crafts produced mainly during the dynastic periods of the first three millennia bce in the Nile valley regions of Egypt and Nubia. read more 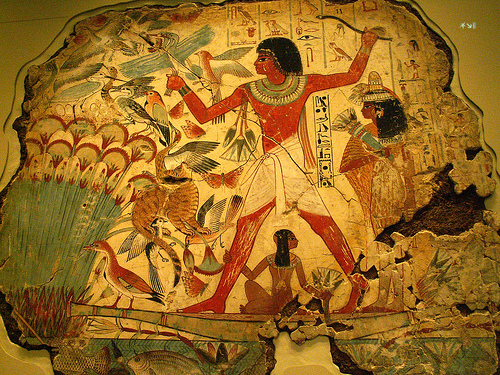