What did German soldiers think of the British soldiers?

The Landser's view of the British could still be well summed up by a decades old German officer's quip that they were “lions led by donkeys. read more

Most Landser couldn’t immediately tell the difference between British and Canadian soldiers (who wore basically identical uniforms and used the same equipment), and even when they could, they tended to think of the Canadians as essentially British, in the same way a German in the old WWI colonies or who had taken up employment opportunities abroad was still German. read more

One German soldier captured in a British nighttime raid praised the skill and courage with which the British attack had been executed. It appears that British units, unlike American ones tended to be better at night fighting and did a great deal more of it. read more

Wikipedia:
Germans in the American Revolution 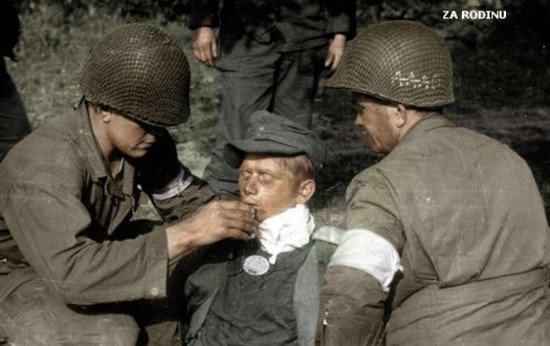 The best soldiers in WW2
www.feldgrau.net