What if Harald Hardrada won the throne of England in 1066?

Even if Harald Hardrada had beaten Harold Godwinson at Stamford Bridge, he would have had to face William the Conqueror. read more

Harold Godwinson had a legitimate claim to the throne but Harald Hardrada had a very tenuous one (citing an agreement with Harthacnut, son of King Cnut and Magnus the Good, his half-brother’s son who was King of Denmark in 1038). read more

Not long after Harald had renounced his claim to Denmark, the former Earl of Northumbria, Tostig Godwinson, brother of the newly chosen English king Harold Godwinson, pledged his allegiance to Harald and invited him to claim the English throne. Harald went along and entered Northern England in September 1066, raided the coast and defeated English regional forces in the Battle of Fulford near York. read more 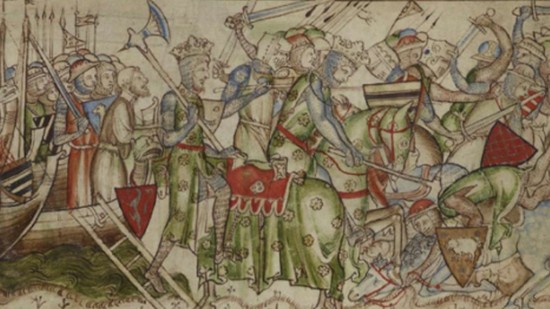