What is the difference between Adderall IR and Adderall XR?

The effects are usually felt 30 minutes after and last between 4-6 hours. The pros to taking ir adderall is that it works quickly and may have a stronger effect however there is a high chance that the person will have a crash effect when the medication wears off. Xr adderall works by releasing the same dose of medication over a longer period of time. read more 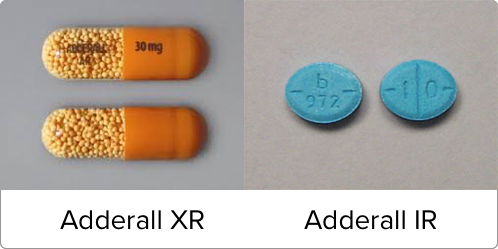