What was the Scottish Referendum all about?

Following the signing of the 'Edinburgh agreement' on 15 October 2012, a referendum on Scottish independence will take place in 2014. read more

The referendum on Scottish independence held on 18 September 2014 saw Scotland vote to remain part of the United Kingdom (UK), with 55% voting against the proposal for Scotland to become an independent country and 45% voting in favour. read more

PLANS for a second Scottish Independence referendum will be delayed until after Britain leaves the EU, according to Nicola Sturgeon. Here's what we know about IndyRef2 and what the Scottish First Minister has said about it. read more 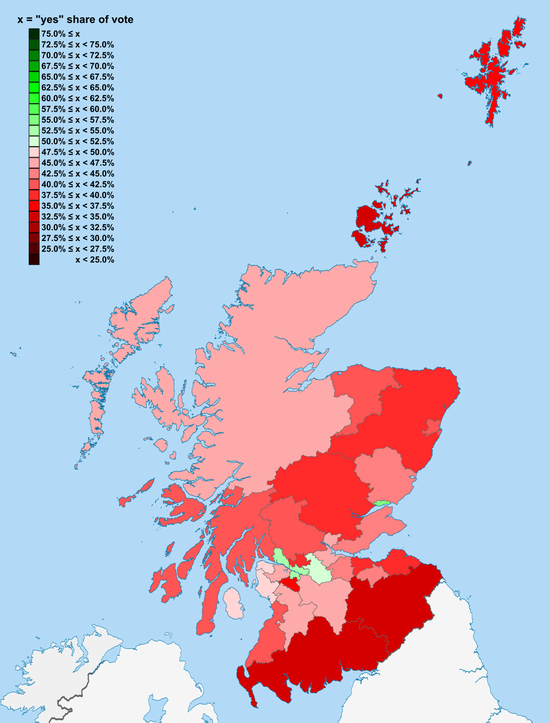