What were the similarities among the Thirteen Colonies?

Except for a common language and English origin, very few. The North was maritime, industrial, small farming and religious origin. The South was mass agriculture. Chesapeake area was a populous mix tracing back to corporate and royal charters. Each state considered itself as a separate country. read more

The first colonists were Dutch and settled at the mouth of the Hudson River. Their goal was to farm in order to make money. Land was more fertile than in New England and promoted farming of cash crops: corn/wheat/fruit. An abundance of rivers allowed for transportation of goods between the colonies. read more

I have a few differences that I thought were important written down, but I don't want to miss anything. read more 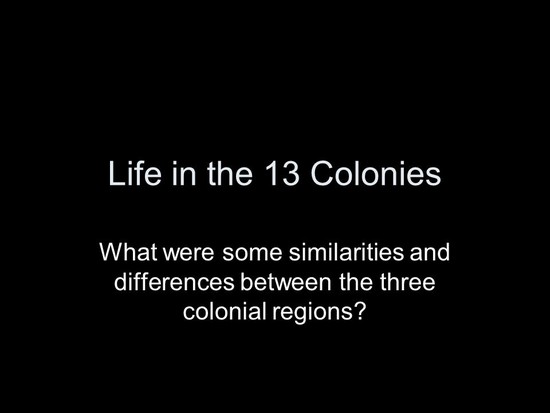