When was the twin towers attack?

The September 11 attacks (also referred to as 9/11) were a series of four coordinated terrorist attacks by the Islamic terrorist group al-Qaeda on the United States on the morning of Tuesday, September 11, 2001. read more

A total of 2,996 people were killed in the 9/11 attacks, including the 19 terrorist hijackers aboard the four airplanes. At the World Trade Center, 2,763 died after the two planes slammed into the twin towers. read more

Within a month of the attacks on the Twin Towers in New York on 11 September 2001, America had declared war on Afghanistan and invaded. Young British soldiers who have since fought in Afghanistan recall their feelings about 9/11. read more 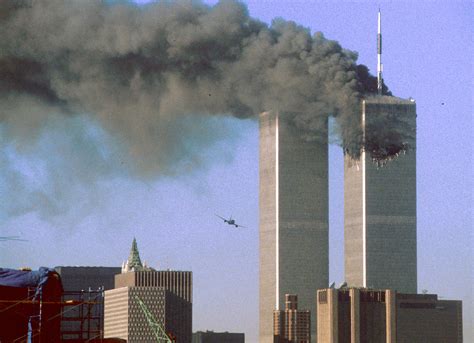