The South Carolina Colony was founded by the British in 1663 and was one of the 13 original colonies. It was founded by eight nobles with a Royal Charter from King Charles II and was part of the group of Southern Colonies, along with the North Carolina, Virginia, Georgia, and Maryland. South Carolina became one of the wealthiest early colonies largely due to exports of cotton, rice, tobacco, and indigo dye. read more 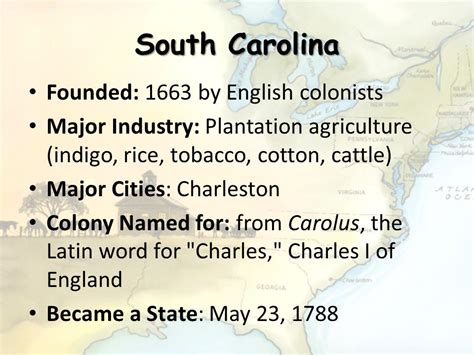