The second richest female in the world is Alice Walton, who is worth $33.8 billion, $1.5 billion more than last year, but slips a spot in the yearly rankings to no.17 in 2017. read more

On Monday, Forbes released a list of the world's wealthiest women, and Liliane Bettencourt of France has snagged the No. 1 spot yet again. Bettencourt, 94, has a net worth of $39.5 billion, according to Forbes—making her the richest woman in the world. read more

French heiress Liliane Bettencourt is the richest woman in the world and ranks among the world's top 20 richest overall, with a $39.5 billion net worth, Forbes reported. Her father, Eugene Schueller, founded the iconic cosmetics company L’Oréal in 1907, and Bettencourt owns a third of the makeup brand with her children. read more 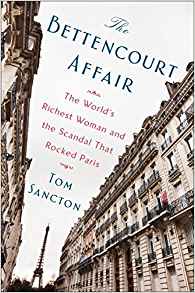