Why was the persistence of memory painted?

Salvador Dalí frequently described his paintings as “hand painted dream photographs.” He based this seaside landscape on the cliffs in his home region of Catalonia, Spain. The ants and melting clocks are recognizable images that Dalí placed in an unfamiliar context or rendered in an unfamiliar way. read more

Salvador Dalì's The Persistence of Memory is the eccentric Spanish painter's most recognizable work. You have probably committed its melting clocks to memory—but you may not know all that went into its making. 1. THE PERSISTENCE OF MEMORY WAS PAINTED IN THE MIDST OF A HALLUCINATION. read more

The Persistence of Memory (Catalan: La persistència de la memòria) is a 1931 painting by artist Salvador Dalí, and is one of his most recognizable works. First shown at the Julien Levy Gallery in 1932, since 1934 the painting has been in the collection of the Museum of Modern Art (MoMA) in New York City, which received it from an anonymous donor. read more 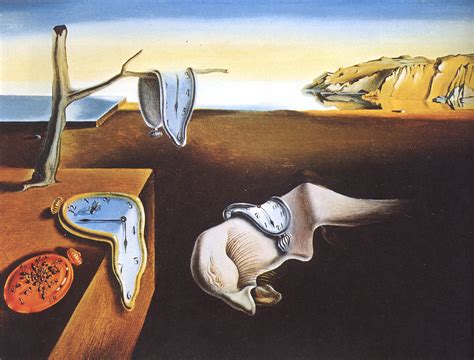