Genie in a ​Bottle​

"Genie in a Bottle" is a song by American singer Christina Aguilera from her self-titled debut album released in 1999. It was written and produced by Steve Kipner and David Frank, with additional writing from Pamela Sheyne. The song was released on June 22, 1999, by RCA Records as the album's lead single.

"If You Had My Love" is the debut single by American actress and singer Jennifer Lopez. The song was released in May 4, 1999 as the lead single from her debut album On the 6 (1999). It was written by Rodney Jerkins, LaShawn Daniels and Cory Rooney, with Jerkins also serving as producer.

"Livin' la Vida Loca" is a number-one hit song by Ricky Martin. It was released on March 23, 1999, from Martin's self-titled debut English-language album (he had previously released several albums in Spanish).

source: en.wikipedia.org
image: jasondunn.com
I Want It That ​Way​ 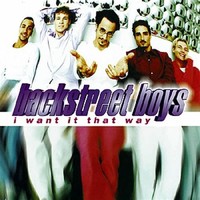 "I Want It That Way" is a song by American boy band the Backstreet Boys. It was released on April 12, 1999, as the lead single from their third studio album, Millennium. It was written by Max Martin and Andreas Carlsson, while Martin and Kristian Lundin produced it.

source: en.wikipedia.org
image: top40.nl
Have You ​Ever​

"Angel of Mine" is an R&B ballad performed by British R&B girl group Eternal from their Greatest Hits album (1997). It was written by Rhett Lawrence and Travon Potts, produced by Lawrence, and released on September 29, 1997.

source: en.wikipedia.org
image: ebay.co.uk
She's All I ​Ever Had​

"She's All I Ever Had" is the second single taken from the multi-platinum first English-language album by Ricky Martin, called simply Ricky Martin. It was released on June 15, 1999. The Spanish-language version is called "Bella" ("Beautiful"). 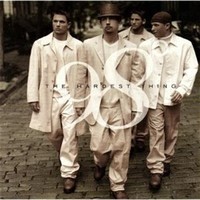