In a Mars base the inhabitants are being infected by a mysterious water creature which takes over its victims. The Doctor is thrust into the middle of this catastrophe knowing a larger one is waiting around the corner.

"School Reunion" is the third episode in the second series of the British science fiction television series Doctor Who. It first aired on 29 April 2006. The episode's narrative takes place some time after the events of "The Christmas Invasion". 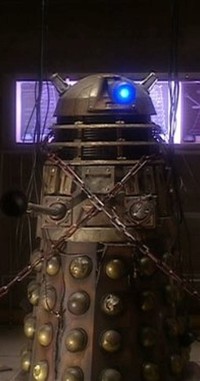 source: en.wikipedia.org
image: imdb.com
Silence in the Library/Forest of the Dead (2008)

Taking place during the second-half of the Fourth Series, the two-parter “Silence in the Library” and “Forrest of the Dead” takes The Doctor and his companion Donna Noble to the universe’s largest library encompassing an entire planet full of books but not a single living soul when The Doctor (David Tennant) and Donna (Catherine Tate) arrive 100 years following the planet’s quarantine after the entire populace disappeared and was never heard from again.

"The Family of Blood" is the ninth episode of the third series of the British science fiction television series Doctor Who. Preceded by "Human Nature", it is the second episode of a two-part story written by Paul Cornell adapted from his Doctor Who novel Human Nature (1995), co-plotted with Kate Orman.