1 Genesis Of The Daleks

Genesis of the Daleks: episode six (12 April 1975) SPOILER ALERT: We are discussing some of the Doctor Who adventures broadcast over the past 50 years. In this blog, we're looking at part six of Genesis of the Daleks. It contains spoilers both about the specific episode and the story as a whole. The Doctor is about to commit genocide.

source: theguardian.com
image: tv.avclub.com
2 The Tomb of the Cybermen

"Tomb of the Cybermen" (series 5, episodes 1-4; originally aired 9/2/1967-9/23/1967) We're jumping forward in time for the second installment of this look back at the early days of Doctor Who, and much like a certain drifting Time Lord, I'm not able to land exactly where I'd really like to.

City of Death succeeds in part simply because it is unlike any other Doctor Who story before or since. 'The way in which City of Death is played, scored, photographed and so on is not typical Doctor Who,' noted Tim Ryan in Peladon Issue Six, dated May/June 1990. 'It has cinematic qualities.

Doctor Who can sometimes be a little mired in its own stock formula, which is to pit the Doctor against some relatively narrow set of science-fictional menaces—a megalomaniacal mad scientist, an army of alien monsters, or some combination thereof. 1977’s “The Robots Of Death” has both.

Inferno is the fourth and final serial of the seventh season of the British science fiction television series Doctor Who, which was first broadcast in seven weekly parts from 9 May to 20 June 1970. The serial remains the last time a Doctor Who story was transmitted in seven episodes.

“The Dalek Invasion Of Earth” (season 2, episodes 4-9. Originally aired Nov. 21-Dec. 26, 1964) When it comes to its importance to Doctor Who, “The Dalek Invasion of Earth” is way up there among the most influential serials in its history. 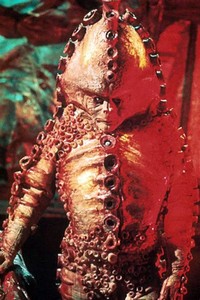 “Terror Of The Zygons” opened the Fourth Doctor’s second season with a return to a story more typical of the Third Doctor.