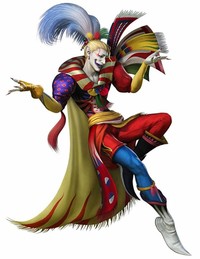 Kefka Palazzo (spelled as Cefca Palazzo in the Japanese version), also known as Lord Kefka and Master Kefka, is the main antagonist of Final Fantasy VI. Kefka is an evil clown who acts as the court mage of Emperor Gestahl of the Gestahlian Empire early in the game, and simply carries out his monarch's orders. 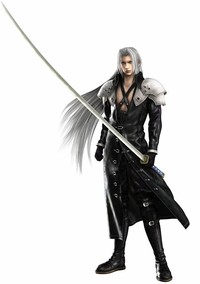 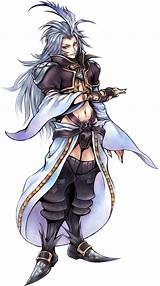 Kuja is the main antagonist of Final Fantasy IX. He is a mysterious man who is revealed to be a Genome, one of the humanoid beings manufactured to provoke war between humans, he operates behind the scenes, at first working in Queen Brahne's shadow. 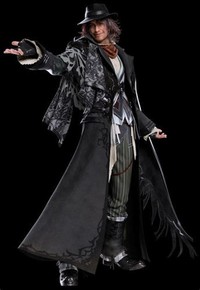 Ardyn Izunia (real name: Ardyn Lucis Caelum) is the main antagonist of Final Fantasy XV. He is a shrewd, humorous, and intellectual man who handles the political operations of the Niflheim Empire for Iedolas Aldercapt. 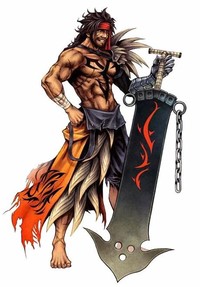 Jecht is the father of Tidus, the main character in the video game Final Fantasy X. Tidus hates his father for multiple reasons. One of the biggest though is that he just disappeared one day, and Tidus never knew why.

Seifer Almasy is the rival of Squall Leonhart and a villain in Final Fantasy VIII. He is a very selfish person who was turned to the dark side by Sorceress Ultimecia. He is usually accompanied by his two followers and loyal friends named Fujin and Raijin.