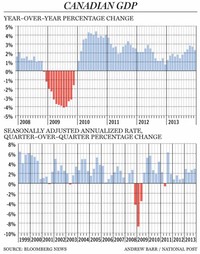 Change in Top 11-20: Economy of Canada and Australia has shrinked by $50 billion and $58 billion in 2014. But ranks of both country is still 11th and 12th, respectively. Displacing Spain, Korea is now at 13th position. Next in line come, Mexico, Netherlands, Indonesia, Turkey, Saudi Arabia and Switzerland.

GDP (Nominal) per capita of Luxembourg is increased by $1,410 in 2014. Norway is second and Qatar is at third place. Top ten richest countries in 2014 are : Luxembourg, Norway, Qatar, Switzerland, Australia, Denmark, Sweden, San Marino, Singapore, United States. In top ten, GDP per capita of 5 countries has decreased in 2014 compare to 2013. 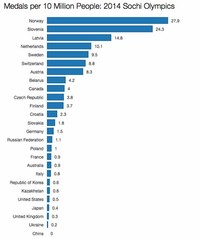 The Kingdom of Denmark is a constitutional monarchy consiting of Denmark, the Faroe Islands and Greenland. Iceland which had been a part of the Danish realm until 1918 when it became a separate kingdom under the Danish monarch, declared itself a republic and became fully independent in 1944.