Jason Voorhees is the main character from the Friday the 13th series. He first appeared in Friday the 13th (1980) as the young son of camp cook-turned-killer Mrs. Voorhees, in which he was portrayed by Ari Lehman.

Friday the 13th is a 1980 American slasher film produced and directed by Sean S. Cunningham and written by Victor Miller. The film tells the story of a group of teenagers who are murdered one by one by an unknown killer while attempting to re-open an abandoned campground, and stars Betsy Palmer, Adrienne King, Harry Crosby, Laurie Bartram, Kevin Bacon, Jeannine Taylor, Mark Nelson and Robbi Morgan.

Pages in category "Serial Killers" The following 120 pages are in this category, out of 120 total.

The Ring (stylized as the ring) is a 2002 American supernatural horror film directed by Gore Verbinski and starring Naomi Watts, Martin Henderson, David Dorfman, Brian Cox and Daveigh Chase. It is a remake of the 1998 Japanese horror film Ring based on the novel of the same name by Koji Suzuki. 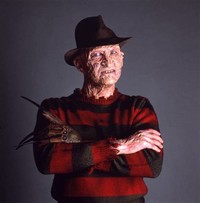 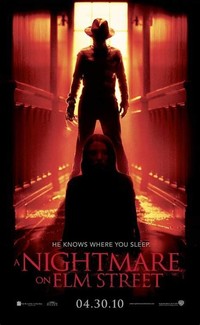 Michael was one of several horror icons to be included in the 2009 version of Universal Studios Hollywood's Halloween Horror Nights event, as a part of a maze entitled Halloween: The Life and Crimes of Michael Myers Pop artist Eric Millikin created a large mosaic portrait of Michael Myers out of Halloween candy and spiders as part of his "Totally Sweet" series in 2013.

Ghostface (alternatively stylized as Ghost Face or GhostFace) is a fictional identity adopted by several characters of the Scream series.The character is primarily mute but voiced by Roger L. Jackson, regardless of who is behind the mask.

In Scream 4 (2011), another Ghostface killer emerges in Woodsboro on the 15th anniversary of the massacre conducted by Billy and Stu; the new killer recreates events from the incident, but also films the murders to create a snuff film.

Norman Bates is a fictional character created by Robert Bloch as the main antagonist in his 1959 novel Psycho; portrayed by Anthony Perkins in the 1960 version of Psycho directed by Alfred Hitchcock and the Psycho franchise.

Leatherface appeared in the first film in the series (1974) and in its six subsequent continuations and the remake. Wisconsin killer Ed Gein, who wore a mask made of human skin, was reportedly the inspiration for elements in the original film.