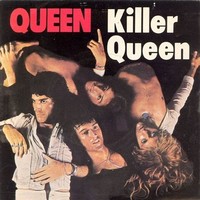 Killer Queen. "Killer Queen" is a song by the British rock band Queen. It was their first big international hit, reaching number two in the UK and becoming their first US hit. Written by lead singer and pianist Freddie Mercury, the track was recorded for their third album Sheer Heart Attack.

source: en.wikipedia.org
image: sellfy.com
We Will Rock ​You​ 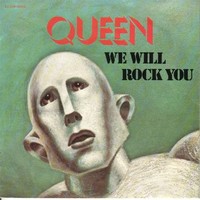 Obviously this isnt the video, but since there arent any videos for this song on here now, that really doesnt matter. here is the full song if you want to pu...

"Bicycle Race" is a single by the British rock band Queen. It was released on their 1978 album Jazz and written by Queen's frontman Freddie Mercury. It was released as a double A-side single together with the song "Fat Bottomed Girls". 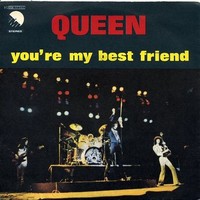 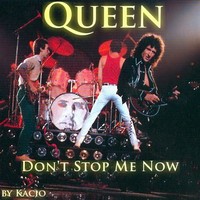 It's not exactly the most ambiguous song in the world, is it? It's about pretty much exactly what it says in the lyrics- "don't stop me now... I&#039;m having a ball!&quot;.

"Bohemian Rhapsody" is a song by the British rock band Queen. It was written by Freddie Mercury for the band's 1975 album A Night at the Opera. It is a six-minute suite, consisting of several sections without a chorus: an intro, a ballad segment, an operatic passage, a hard rock part and a reflective coda.

source: en.wikipedia.org
image: bigang171.wordpress.com
Another One ​Bites the Dust​

"Another One Bites the Dust" is a 1980 song by British rock band Queen. Written by bass guitarist John Deacon, the song featured on the group's eighth studio album The Game (1980). The song was a worldwide hit, charting number one on the US Billboard Hot 100 for three weeks, from 4 October to 18 October (their second number-one single in the country).

"Somebody to Love" is a song by the British rock band Queen, written by the lead singer/pianist Freddie Mercury. It debuted on the band's 1976 album A Day at the Races and was also featured on their compilation album Greatest Hits.

source: en.wikipedia.org
image: discogs.com
We Are the ​Champions​ 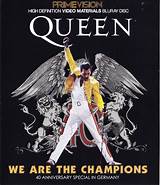 We are the champions lyrics no copyright intended. all rights go to Queen Lyrics: I've paid my dues - Time after time - I've done my sentence But committed n...