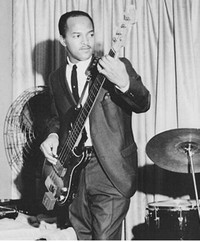 Jamerson's equipment. James Jamerson's double bass was a German upright acoustic bass that he bought as a teenager and later used on such Motown hits as "My Guy" by Mary Wells and "(Love Is Like a) Heat Wave" by Martha and the Vandellas.

William Earl "Bootsy" Collins (born October 26, 1951) is an American musician and singer-songwriter. Rising to prominence with James Brown in the early 1970s, and later with Parliament-Funkadelic, Collins's driving bass guitar and humorous vocals established him as one of the leading names in funk. 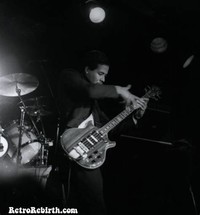 In 2007, Clarke released the DVD Night School: An Evening of Stanley Clarke and Friends, a concert that was recorded in 2002 at the Musicians' Institute in Hollywood. Clarke plays both acoustic and electric bass and is joined by guests Stewart Copeland, Lenny White, Béla Fleck, Shelia E., and Patrice Rushen. 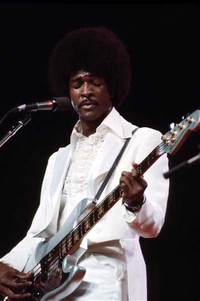 Larry Graham, Jr. (born August 14, 1946) is an American bass guitar player, both with the psychedelic soul/funk band Sly and the Family Stone, and as the founder and frontman of Graham Central Station. 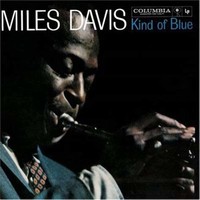 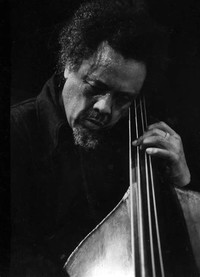 Mingus' compositions continue to be played by contemporary musicians ranging from the repertory bands Mingus Big Band, Mingus Dynasty, and Mingus Orchestra, to the high school students who play the charts and compete in the Charles Mingus High School Competition.

Nathan Harrell East (born December 8, 1955) is an American jazz, R&B and rock bass player and vocalist. With more than 2,000 recordings, East is considered one of the most recorded bass players in the history of music. East holds a Bachelor of Arts degree in Music from the University of California, San Diego (1978). 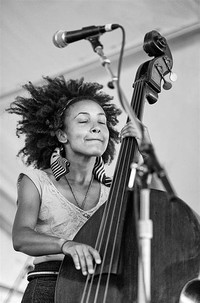 Esperanza Emily Spalding (born October 18, 1984) is an American jazz bassist and singer. Spalding was raised in Portland, Oregon, and was a musical prodigy, playing violin in the Chamber Music Society of Oregon at five years old.

Louis Johnson (April 13, 1955 – May 21, 2015) was an American bass guitarist. Johnson was best known for his group The Brothers Johnson and his session playing on several hit albums of the 1970s and 1980s including the "best selling album of all time" Thriller.

Bernard Edwards (October 31, 1952 – April 18, 1996) was an American bass player, singer, songwriter and record producer, both as a member of the funk/disco band Chic and on his own projects. 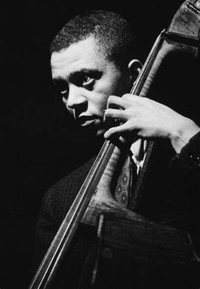 Chambers became a string bassist around 1949. His formal bass training got going in earnest in 1952, when he began taking lessons with a bassist in the Detroit Symphony Orchestra. Chambers did some classical work himself, with a group called the Detroit String Band that was, in effect, a rehearsal symphony orchestra.

Michelle Lynn Johnson, better known as Meshell Ndegeocello (/ m ɪ ˈ ʃ ɛ l n d ɛ ˈ ɡ eɪ oʊ tʃ ɛ l oʊ /; born August 29, 1968), is an American singer-songwriter, rapper, and bassist. She has gone by the name Meshell Suhaila Bashir-Shakur which is used as a writing credit on some of her later work. 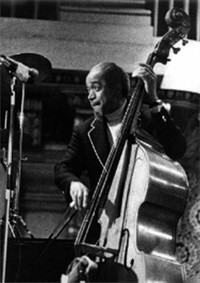 Jemmott, who has won two Grammy Awards as a bassist, began playing acoustic bass at the age of ten when he discovered Paul Chambers. Jemmott began his career at age twelve. After switching to bass guitar, he was discovered by saxophonist King Curtis in 1966. 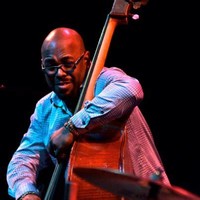 Oteil Burbridge (born August 24, 1964) is an American multi-instrumentalist, specializing on the bass guitar, trained in playing jazz and classical music from an early age. He has achieved fame primarily on bass guitar during the resurgence of the Allman Brothers Band from 1997 through 2014, and as a founding member of the band Dead & Company.

Born into a family of musicians, Bruner began playing the bass at an early age: by 15 he had a minor hit in Germany as a member of the boy band No Curfew. A year later he joined his brother Ronald Jr. as a member of the Los Angeles punk band Suicidal Tendencies, replacing former bass player Josh Paul.

Ronald Levin "Ron" Carter (born May 4, 1937) is an American jazz double bassist. His appearances on 2,221 recording sessions make him the most-recorded jazz bassist in history. Carter is also a cellist who has recorded numerous times on that instrument. 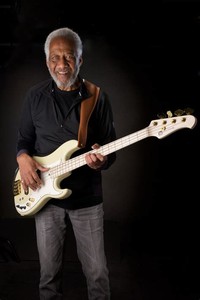 Charles Walter "Chuck" Rainey III (born June 17, 1940 in Cleveland, Ohio, United States) is an American bass guitarist who has performed and recorded with many well-known acts, including Aretha Franklin, Steely Dan, and Quincy Jones. According to Rainey's website, he has performed on over 12,000 albums and nearly 150,000 songs.

George Joseph Porter Jr. (born December 26, 1947) is an American musician, best known as the bassist and singer of The Meters. Along with Art Neville, Porter formed the group in the mid 1960s and came to be recognized as one of the progenitors of funk. 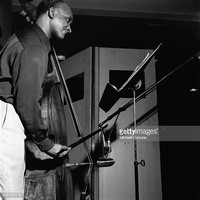 Tuning it in fourths, like a double bass, but one octave higher, Pettiford found it possible to perform during his rehabilitation (during which time his arm was in a sling) and made his first recordings with the instrument in 1950.

Douglas Arthur "Doug" Wimbish (born September 22, 1956) is an American bass player, primarily known for being a member of rock band Living Colour and funk/dub/hip hop collective Tackhead, and as a session musician with artists such as The Rolling Stones, Mick Jagger, Depeche Mode, James Brown, Annie Lennox, and Barrington Levy (as well as his ...

Louis Edward Satterfield, also known with the stage names of Lui-Lui and Sat, was an American bass and trombone player, primarily noted as a session musician and for his tours as a sideman with a large number of highly visible and commercially successful blues rock performers including B.B. King, Muddy Waters, Howlin' Wolf, Earth, Wind & Fire, and Phil Collins. He was also a bass teacher, most notably of Verdine White.

Darryl Jones (born December 11, 1961),[1] also known as "The Munch",[2] is an American bass player for the Rolling Stones. He has also played in bands with Miles Davis and Sting. 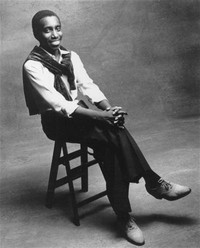 Gregory Arthur "Greg" Phillinganes is an American keyboardist, singer-songwriter, and musical director based in Los Angeles, California, U.S. A prolific session musician, Phillinganes has contributed keyboard tracks to numerous albums representing a broad array of artists and genres. He has toured with notable artists, such as Stevie Wonder, Eric Clapton, David Gilmour and Toto, served as musical director for Michael Jackson, and has released two solo studio albums.

Rustee Allen (born March 13, 1953) is an American musician best known as the bass guitar player for the influential funk band Sly and the Family Stone from 1972 to 1975. Allen replaced founding Family Stone member Larry Graham, who was forced out of the band and went on to start his own, Graham Central Station.

Victor Lemonte Wooten (born September 11, 1964) is an American bass player, composer, author, producer, educator, and recipient of five Grammy Awards. Wooten has won the "Bass Player of the Year" award from Bass Player magazine three times and is the first person to win the award more than once.