The Cranes ​Are Flying​

The Cranes Are Flying (Russian: Летят журавли, translit. Letyat zhuravli) is a 1957 Soviet film about World War II. It depicts the cruelty of war and the damage suffered to the Soviet psyche as a result of World War II (known in the Soviet Union as the Great Patriotic War).

A list of "The 100 Best Films of World Cinema" compiled by Empire magazine in 2010 ranked Tarkovsky's Solaris at No. 68. In 2002, Steven Soderbergh wrote and directed an American adaptation of Solaris, which starred George Clooney.

Combining the experience of a museum tour, an insight into Russian history and the richness of the nation’s performing arts, Russian Ark is an extraordinary cinematic achievement. The Return (2003) In the remote wilderness of contemporary Russia, two young brothers set out on a journey with their father.

source: theculturetrip.com
image: offoffoff.com
Moscow Does ​Not Believe in Tears​ 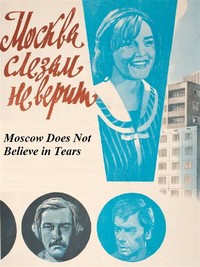 Moscow Does Not Believe in Tears (Russian: Москва слезам не верит, translit. Moskva slezam ne verit) is a 1980 Soviet film made by Mosfilm. It was written by Valentin Chernykh and directed by Vladimir Menshov. The leading roles were played by Vera Alentova and by Aleksey Batalov.

Savva Yamshchikov, a famous Russian restorer and art historian, was a scientific consultant of the film. Andrei Rublev is set against the background of 15th-century Russia. Although the film is only loosely based on the life of Andrei Rublev, it seeks to depict a realistic portrait of medieval Russia.

Stalker (Russian: Сталкер, IPA: [ˈstaɫkʲɪr]) is a 1979 Soviet science fiction art film directed by Andrei Tarkovsky with a screenplay written by Boris and Arkady Strugatsky, loosely based on their novel Roadside Picnic (1972). The film combines elements of science fiction with dramatic philosophical and psychological themes. 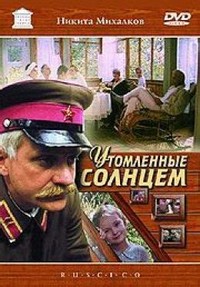 Burnt by the Sun (Russian: Утомлённые солнцем, translit. Utomlyonnye solntsem, literally "wearied by the sun") is a 1994 film by Russian director and screenwriter Nikita Mikhalkov and Azerbaijani screenwriter Rustam Ibragimbekov. 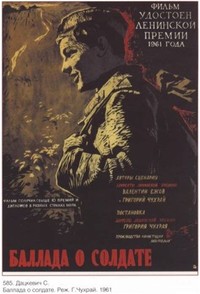 Ballad of a Soldier (Russian: Баллада о солдате, Ballada o soldate), is a 1959 Soviet film directed by Grigori Chukhrai and starring Vladimir Ivashov and Zhanna Prokhorenko. While set during World War II, Ballad of a Soldier is not primarily a war film.

Ivan's Childhood (Russian: Ива́ново де́тство, translit. Ivanovo detstvo), sometimes released as My Name Is Ivan in the US, is a 1962 Soviet war drama film directed by Andrei Tarkovsky and co-written by Mikhail Papava and an uncredited Tarkovsky, based on Vladimir Bogomolov's 1957 short story Ivan (Russian: Иван). 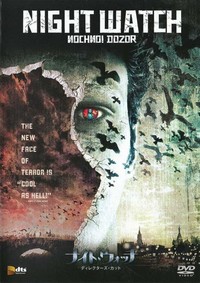 Alexander Nevsky (Russian: Алекса́ндр Не́вский) is a 1938 historical drama film directed by Sergei Eisenstein. It depicts the attempted invasion of Novgorod in the 13th century by the Teutonic Knights of the Holy Roman Empire and their defeat by Prince Alexander, known popularly as Alexander Nevsky (1220–1263). 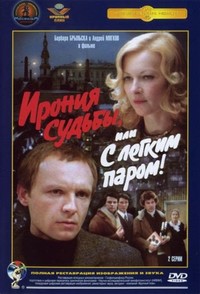 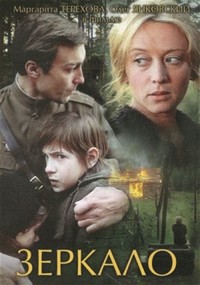 Zerkalo; known in the United States as The Mirror) is a 1975 Russian art film directed by Andrei Tarkovsky. It is loosely autobiographical, unconventionally structured, and incorporates poems composed and read by the director's father, Arseny Tarkovsky.

source: en.wikipedia.org
image: en.tuva.asia
How I Ended ​This Summer​

How I Ended This Summer (Russian: Как я провёл этим летом, translit. Kak ya provyol etim letom) is a 2010 Russian drama film directed by Alexei Popogrebski. It was critically acclaimed and garnered several awards and nominations; it was nominated for the Golden Bear at the 60th Berlin International Film Festival. 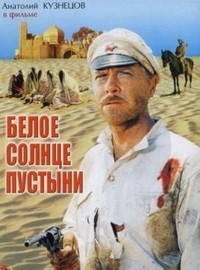 White Sun of the Desert (Russian: Белое солнце пустыни, translit. Beloye solntse pustyni) is a 1970 classic 'Eastern' or Ostern film of the Soviet Union. The film is one of the most popular Russian films of all time. 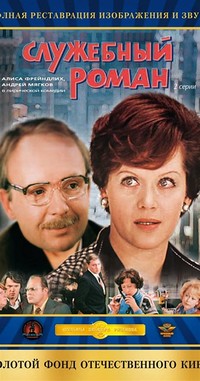 Office Romance was a Soviet hit movie in 1978 having 58.4 million viewers, and still remains one of the most popular Soviet-era films in Russia and other former Soviet republics. Alisa Freindlich and Andrey Myagkov were named Best Actors of the year by readers of Soviet Screen Magazine.

Ostrov (Russian: Остров, The Island) is a 2006 Russian film about a fictional 20th century Eastern Orthodox monk. The film closed the 2006 Venice Film Festival, proved to be a moderate box-office success and won both the Nika Award and the Golden Eagle Award as the Best Russian film of 2006.

source: en.wikipedia.org
image: tasteofcinema.com
Hard to Be a ​God​

Day Watch (Russian: «Дневной Дозор», Dnevnoy Dozor, a.k.a. Night Watch 2: The Chalk of Fate), is a 2006 Russian dark fantasy action film written and directed by Timur Bekmambetov. Marketed as "the first film of the year", it opened in theatres across Russia on 1 January 2006, the United States on 1 June 2007, and the United Kingdom on 5 October 2007.

Operation Y and Shurik's Other Adventures (Russian: ... Aleksandr Demyanenko was also featured as Shurik in the next two films — The Prisoneress of the Caucasus, ... 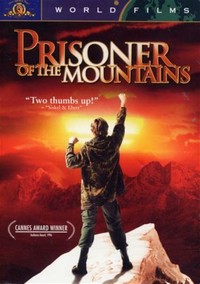 Prisoner of the Mountains (Russian: Кавказский пленник, Kavkazskiy plennik), also known as Prisoner of the Caucasus, is a 1996 Russian war drama film directed by Sergei Bodrov and written by Bodrov, Arif Aliyev and Boris Giller.

source: en.wikipedia.org
image: connect.collectorz.com
Ivan ​Vasilievich: Back to the Future​

Ivan Vasilievich Changes Profession (Russian: иван васильевич меняет профессию, translit. Ivan Vasilyevich menyayet professiyu) is a Soviet comic science fiction film directed by Leonid Gaidai in 1973. In the United States the film has sometimes been sold under the title Ivan Vasilievich: Back to the Future.

Ivan the Terrible (Russian: Иван Грозный, Ivan Grozniy) is a two-part historical epic film about Ivan IV of Russia commissioned by Soviet Premier Joseph Stalin, who admired and identified himself with Ivan, to be written and directed by the filmmaker Sergei Eisenstein. 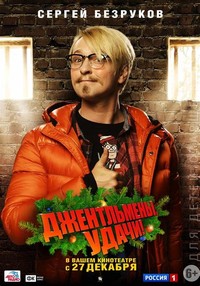 Gentlemen of Fortune (Russian: Джентльмены удачи, translit. Dzhentlmeny udachi) is a 1971 Soviet comedy film, filmed at Mosfilm and directed by Aleksandr Seryj. The stars of the film include famous Soviet actors such as Savely Kramarov, Yevgeny Leonov, Georgy Vitsin, and Radner Muratov.

The Barber of Siberia (Сибирский цирюльник, translit. Sibirskiy tsiryulnik) is a 1998 Russian film that re-united the Academy Award-winning team of director Nikita Mikhalkov and producer Michel Seydoux. It was screened out of competition at the 1999 Cannes Film Festival.

Kidnapping, Caucasian Style (Russian: кавказская пленница)[n 1] is a 1967 Soviet comedy film dealing with a humorous plot revolving around bride kidnapping, an old tradition that used to exist in certain regions of the Northern Caucasus. 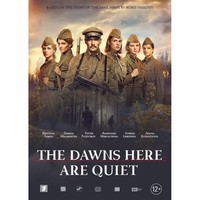 The Ascent (Russian: Восхождение, tr. Voskhozhdeniye) is a 1977 black-and-white Soviet drama film directed by Larisa Shepitko and made at Mosfilm. The movie was shot in January 1974 near Murom, Vladimir Oblast, Russia, in appalling winter conditions, as required by the script, based on the novel Sotnikov by Vasil Bykaŭ. 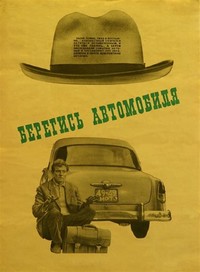 Beware of the Car (Russian: Береги́сь автомоби́ля, translit. Beregis Avtomobilya, US titles Uncommon Thief, or Watch out for the Automobile) is a Soviet 1966 crime comedy-drama film directed by Eldar Ryazanov, based on a screenplay by Emil Braginsky and produced by the Mosfilm. 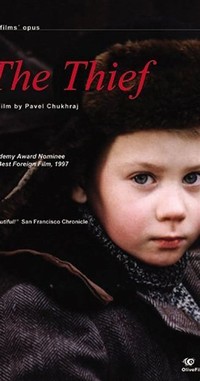 The Thief (Russian: Вор, Vor) is a 1997 Russian drama film written and directed by Pavel Chukhrai. It was nominated for the Academy Award for Best Foreign Language Film and won the Nika Award for Best Picture and Best Directing. 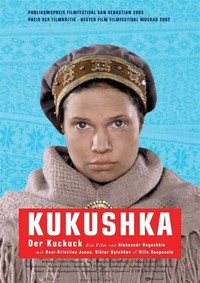 The Cuckoo (Russian: «Кукушка», translit. Kukushka) is a 2002 Russian historical comedy drama film directed by Aleksandr Rogozhkin. It takes place during World War II from the perspective of opposing Soviet and Finnish soldiers stranded at a Sami woman's farmhouse.

House of Fools (film) House of Fools (Russian: дом дураков, Dom durakov) is a 2002 Russian film by Andrei Konchalovsky about psychiatric patients and combatants during the First Chechen War. It stars Julia Vysotskaya and Sultan Islamov and features a number of cameo appearances by Bryan Adams, with the music composed by Eduard Artemyev. 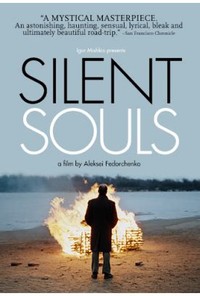 Silent Souls (Russian: Овсянки, "The Buntings") is a 2010 Russian film that was nominated for the Golden Lion at the 67th Venice Film Festival. It is based on a 2008 novella by Denis Osokin. The film was awarded the Golden Osella for best cinematography and a FIPRESCI award. 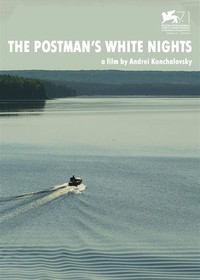 The Postman's White Nights (Russian: белые ночи почтальона алексея тряпицына; Belye nochi pochtalona Alekseya Tryapitsyna) is a 2014 Russian drama film directed by Andrei Konchalovsky. It tells the story of the people of a remote Russian village, whose main contact with the outside world is a postman. 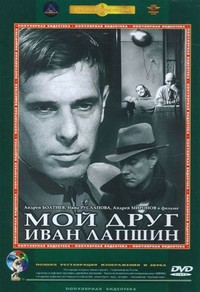 Nostalghia (1983) Nostalghia is the most ignored among Tarkovsky films, and perhaps unfairly so. His first film directed outside of his native USSR, it saw him team up with an Italian production company to tell the story of a Russian writer who travels to Italy in order to research an 18th Russian composer who made his home there before going back to Russia to commit suicide. 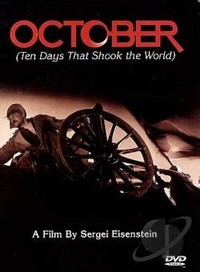 An Ordinary Miracle (Russian: Обыкновенное чудо, translit. Obyknovennoye chudo) is a Soviet 1978 romantic fantasy musical film directed by Mark Zakharov and based on a play by Yevgeni Shvarts. This is the second adaptation of the play; the first one was filmed in 1964 by Erast Garin. 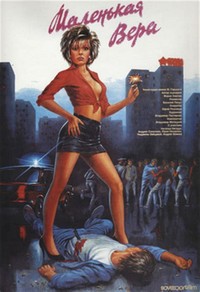 Little Vera (Russian: Ма́ленькая Ве́ра, Malenkaya Vera), produced at the Gorky Film Studio and released in 1988, is a film by Russian film director Vasili Pichul. The title in Russian is ambiguous and can also mean "Little Faith," symbolizing the characters' lack of hope (or a glimmer thereof). 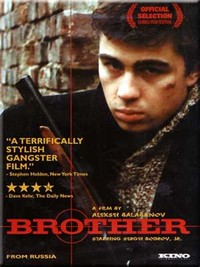 Brother (Russian: Брат, translit. Brat) is a 1997 Russian crime film directed by Aleksei Balabanov. The film stars Sergei Bodrov Jr. as Danila Bagrov, a young Russian ex-conscript. The character of Danila is considered by many in Russia to be a symbol of the early post-Soviet period.

The 9th Company (Russian: 9 Рота) is a 2005 Russian war film directed by Fedor Bondarchuk and set during the Soviet War in Afghanistan. The film is loosely based on a real-life battle that took place at Elevation 3234 in early 1988, during the last large-scale Soviet military operation in Afghanistan.