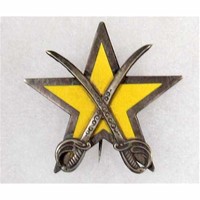 Corps badges in the American Civil War were originally worn by soldiers of the Union Army on the top of their army forage cap (), left side of the hat, or over their left breast. 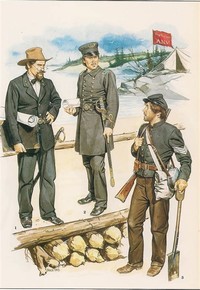 The Fifth Army Corps was a formation of the United States Army raised for the Spanish–American War, and noted chiefly for its victory in the Siege of Santiago, which led to the general collapse of the Spanish war effort.