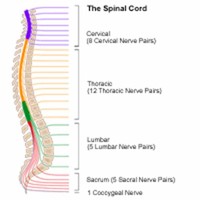 Acute spinal cord injury (SCI) is due to a traumatic injury that either results in a bruise (also called a contusion), a partial tear, or a complete tear (called a transection) in the spinal cord. SCI is a common cause of permanent disability and death in children and adults.

When Alzheimer's was first identified by German physician, Alois Alzheimer, in 1906, it was considered a rare disorder. Today Alzheimer's disease is recognized as the most common cause of dementia (a disorder in which mental functions deteriorate and break down). An estimated 5.3 million Americans have Alzheimer's disease.

Amyotrophic lateral sclerosis (ALS) is a terminal neurological disorder characterized by progressive degeneration of nerve cells in the spinal cord and brain. Often referred to as "Lou Gehrig's disease" (a famous baseball player who died from the disease), it is one of the most devastating of the disorders that affects the function of nerves and muscles. 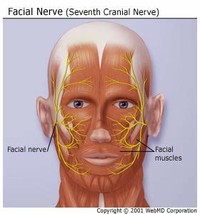 Bell's palsy is an unexplained episode of facial muscle weakness or paralysis that begins suddenly and worsens over three to five days. This condition results from damage to the 7th (facial) cranial nerve, and pain and discomfort usually occurs on one side of the face or head.

Epilepsy is a neurological condition involving the brain that makes people more susceptible to having recurrent seizures. It is one of the most common disorders of the nervous system and affects people of all ages, races, and ethnic background. Almost 2.2 million Americans live with epilepsy.

Guillain-Barré syndrome (GBS) is a disorder in which the body's immune system attacks part of the peripheral nervous system. The first symptoms of this disorder include varying degrees of weakness or tingling sensations in the legs.