The Revolutionary War (1775-83), also known as the American Revolution, arose from growing tensions between residents of Great Britain’s 13 North American colonies and the colonial government, which represented the British crown.

French Revolution, also called Revolution of 1789, the revolutionary movement that shook France between 1787 and 1799 and reached its first climax there in 1789. Hence the conventional term “Revolution of 1789,” denoting the end of the ancien régime in France and serving also to distinguish that event from the later French revolutions of 1830 and 1848.

The Greek War of Independence, also known as the Greek Revolution (Greek: Ελληνική Επανάσταση, Elliniki Epanastasi, or also referred to by Greeks in the 19th century as the Αγώνας, Agonas, "Struggle"; Ottoman: يونان عصياني Yunan İsyanı, "Greek Uprising"), was a successful war of independence waged by Greek revolutionaries against the Ottoman Empire between 1821 and 1830.

The Haitian Revolution has often been described as the largest and most successful slave rebellion in the Western Hemisphere. It is certainly the only servile uprising that led to the creation of an independent nation, Haiti. 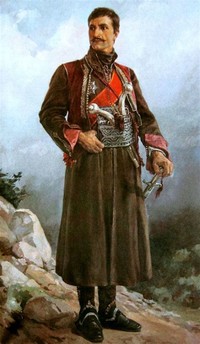 The Serbian Revolution was a national uprising and constitutional change in Serbia that took place between 1804 and 1835, during which this territory evolved from an Ottoman province into a rebel territory, a constitutional monarchy and modern Serbia.