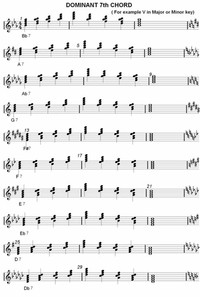 In music theory, a dominant seventh chord, or major minor seventh chord, is a chord composed of a root, major third, perfect fifth, and minor seventh. It can be also viewed as a major triad with an additional minor seventh. When using popular-music symbols, it is denoted by adding a superscript "7" after the letter designating the chord root. 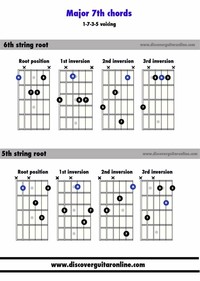