Añejo Cheese Añejo is a firm, Mexican cheese. It is actually the cheese called "queso fresco" (which is usually made from both cow and goat milk) that has been allowed to age.

Blue cheese is a general classification of cheeses that have had cultures of the mold Penicillium added so that the final product is spotted or veined throughout with blue, or blue-grey mold and carries a distinct smell, either from that or various specially cultivated bacteria.

Coulommiers cheese is named after 'Coulommiers' commune in the Seine-et-Marne department from France, as this is the place where it was produced for the first time! Though the cheese is very similar to Brie and has every characteristic of Brie, it is not as popular as Brie. 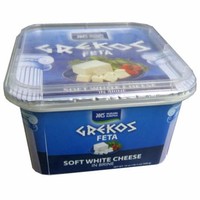 Feta (Greek: φέτα, féta, "slice") is a brined curd white cheese made in Greece from sheep's milk or from a mixture of sheep and goat's milk. Similar brined white cheeses are often made partly or wholly of cow's milk, and they are sometimes also called feta. 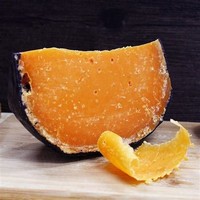 Mimolette is from the French word mimou which means partially soft, but the cheese when aged, is actually fairly hard, similar in consistency to Edam. It’s also called Boule de Lille, named after a cellar in Lille where the cheese may first have been made in France. The French did not begin to make Mimolette cheese until the 1600s. 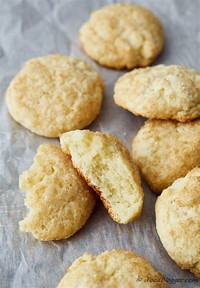 Ricotta is a creamy white, mild, fresh cheese with a soft texture and a slightly sweet flavor. Traditional Italian cheese-makers originally produced Ricotta from whey left behind in the making of Mozzarella and Provolone (Ricotta translates to "re-cooked").

Stilton cheese cannot be produced in the village that gave the cheese its name. Stilton village is not in the three permitted counties; it is in the administrative county of Cambridgeshire, and in the historic county of Huntingdonshire. 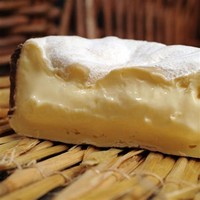 The history of making Vacherin dates back to around 200 years, but only since 1981, it has been controlled officially. Swiss people call this soft, washed-rind cheese as Vacherin du Mont d'Or, in France it is called Vacherin du Haut Doubs (or just Vacherin in local shops).