An analog (or analogue) synthesizer is a synthesizer that uses analog circuits and analog signals to generate sound electronically. The earliest analog synthesizers in the 1920s and 1930s, such as the Trautonium, were built with a variety of vacuum-tube (thermionic valve) and electro-mechanical technologies.

No longer the preserve of men in laboratories or capes, the modular synth business is thriving, and it's now easier to go modular than ever before. 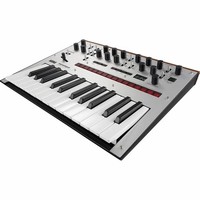